INCHEON, May 19 (Yonhap) -- Ascendant South Korean high jumper Woo Sang-hyeok arrived back home on Thursday following a momentous international victory, as he takes aim at an even greater prize in the summer.

Woo got a hero's welcome after arriving at Incheon International Airport, six days after winning the men's high jump title at the World Athletics (WA) Diamond League competition in Doha. 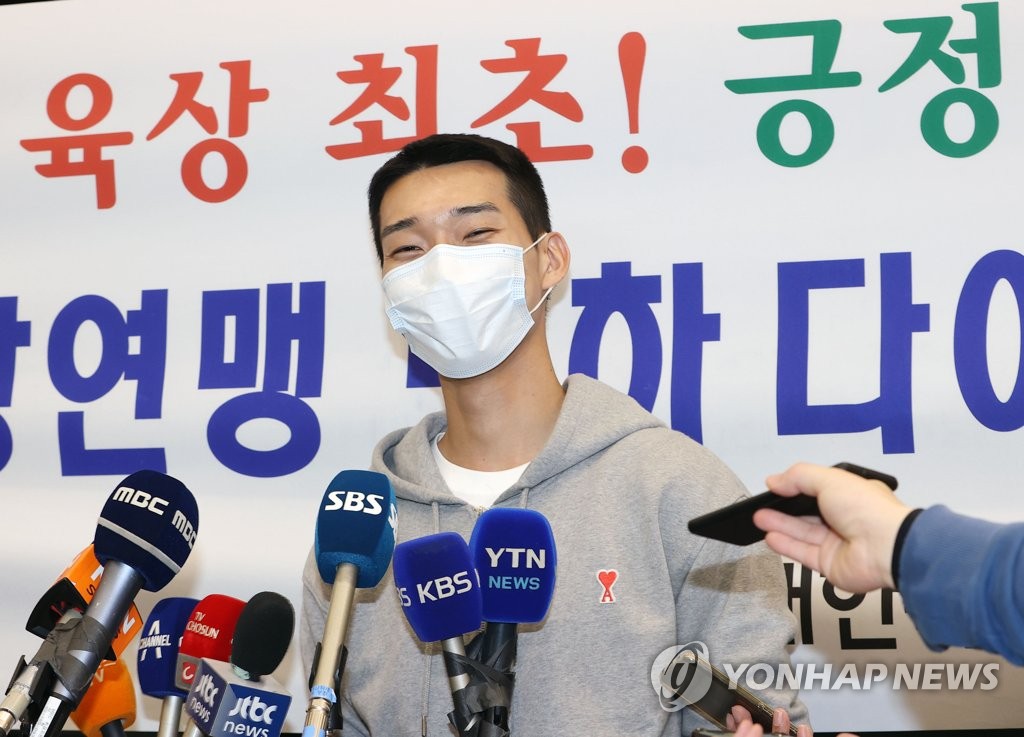 Woo cleared 2.33 meters in the Qatari capital to become the first South Korean athlete to win a Diamond League gold medal in any discipline. Woo's victory over the reigning Olympic champion from Qatar, Mutaz Essa Barshim, came on the heels of Woo's first career world indoor title in March.

Woo had planned to enter the next Diamond League event in Birmingham, England, this week, but decided to skip it and come home to begin preparing for the World Athletics Championships in July in Eugene, Oregon.

No South Korean athlete has ever won a gold at the biennial world championships and Woo, who owns the best outdoor and indoor heights of this season, has as good a shot as any to end the drought. 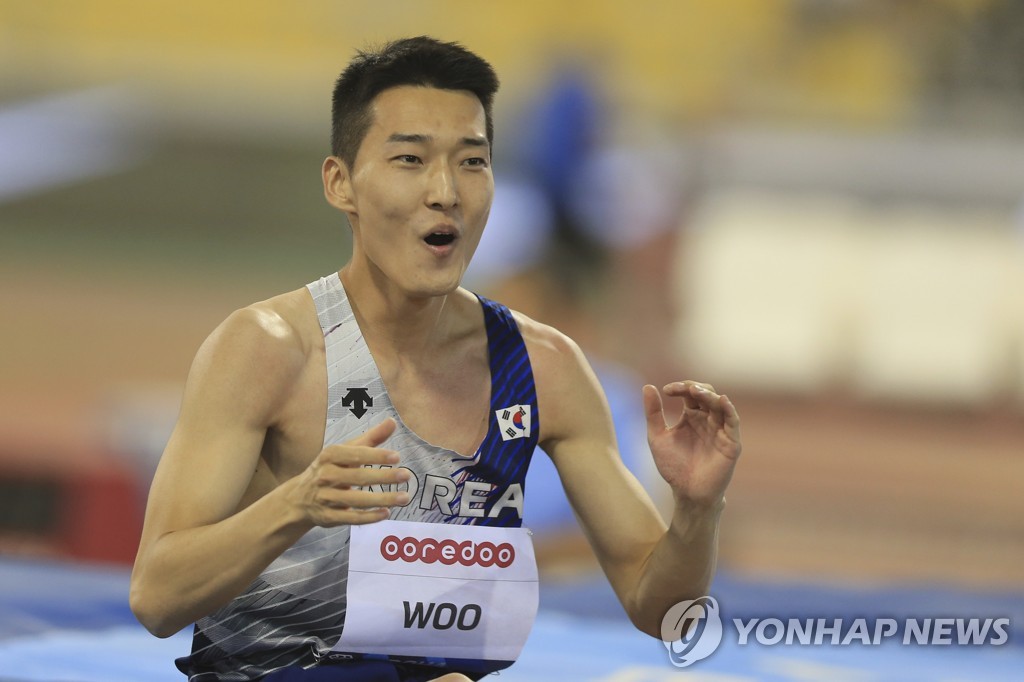 "I'll try to win the gold medal at the world championships, and I've been in great form so far this season," Woo told reporters at the airport in Incheon, west of Seoul. "I want to maintain that form, and try to make whatever improvements I need to make. As long as I can train consistently, I think I have a great shot."

Woo owns the national outdoor record height of 2.35m, which he set while finishing in fourth place at last year's Tokyo Olympics. He jumped over 2.36m at an indoor event in the Czech Republic in February this year to break the South Korean record.

Woo uses the number "238" in his social media handles because he wants to clear 2.38m in competition. He said he feels he can go even higher.

"I always aim high. At the Olympics, I improved my previous record by 4 centimeters," he said. "I think it's possible that I can clear 2.40m." 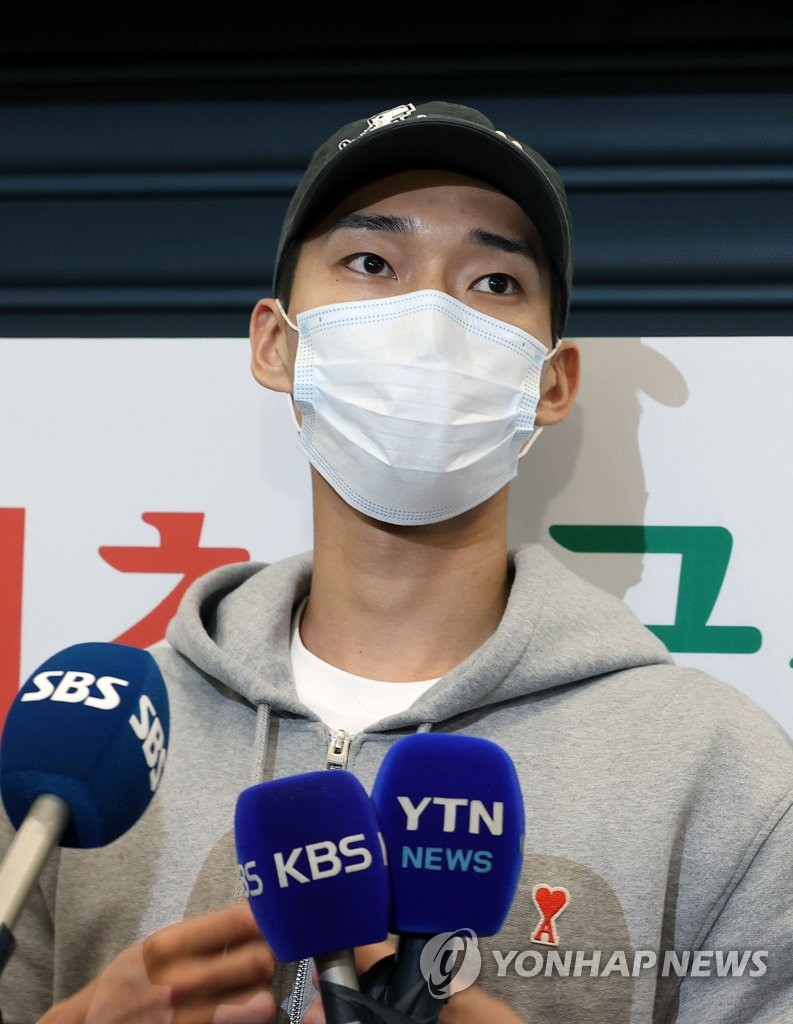 In Tokyo, Barshim and Gianmarco Tamberi of Italy shared the gold medal at 2.37m. Those two have ruled the men's high jump for years, and Woo's quick start to the 2022 season sets up a tantalizing competition for the trio in July at the worlds.

"I feel like they are wary of me now," Woo said. "I think I've become good enough to rub shoulders with them."

Woo said he withdrew from the Birmingham leg of the Diamond League because Barshim wasn't going to compete.

"I didn't think the three-way battle (with Tamberi and Barshim) would happen again (until the world championships)," Woo said. "I'd already beat them in Doha, and I didn't think it would mean anything if we didn't have all three of us competing in Birmingham." 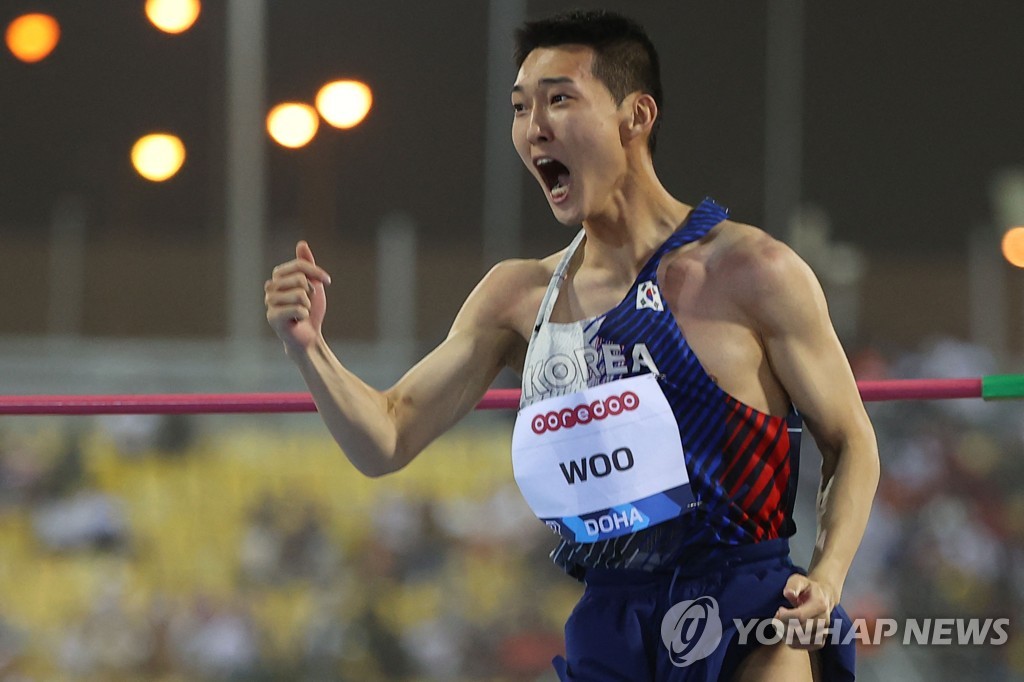 Woo admitted he battled nerves early on in the Diamond League meet, since it was his first appearance at the elite invitational event.

"I was wobbly in some early attempts, but I kept telling myself to calm down," Woo recalled. "I figured I would always run into problems at some point and I just had to stay composed. And once I started feeling comfortable, I performed better."

Woo said strong winds in Doha didn't bother him, but he sensed that his competitors were struggling in those conditions.

"That's when I became convinced I could win the gold," Woo said. "I was prepared for such conditions. And no matter how difficult the situation would be, I wasn't going to worry too much about it." 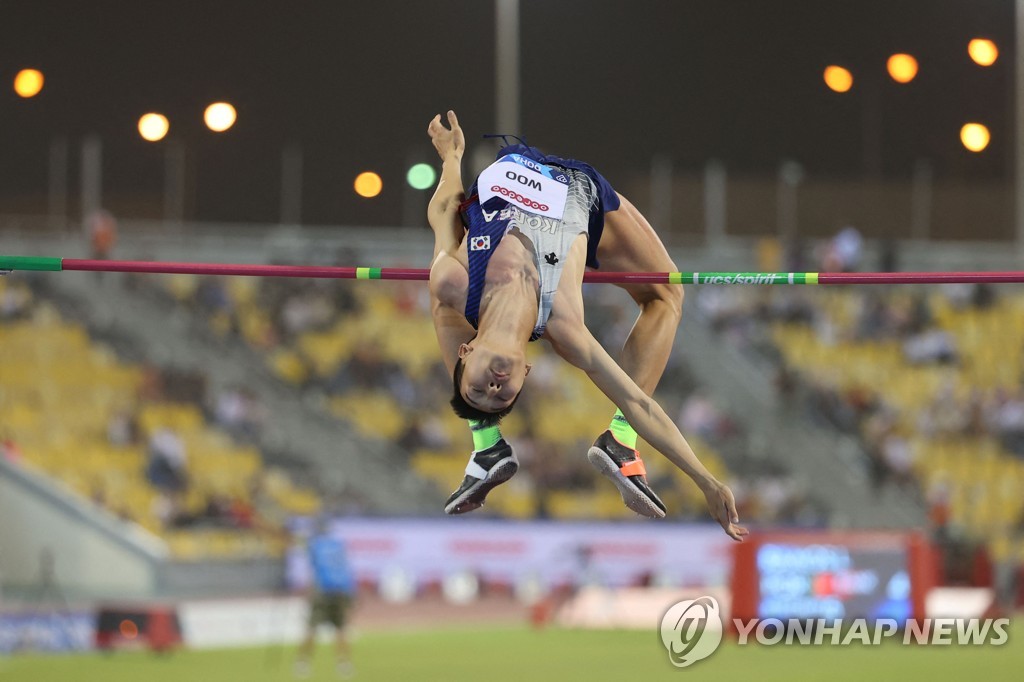