ULSAN, May 19 (Yonhap) -- Eight people were injured Thursday in an explosion at a refinery owned by S-Oil Corp., South Korea's third-largest refiner, in the southeastern city of Ulsan, firefighters said.

According to officials, eight people at the refinery were injured, of which seven were employees of a subcontractor company. Of the injured, six were seriously wounded.

Authorities said the explosion occurred while workers were testing the facility's alkylation processing unit following a regular maintenance procedure. According to witnesses, the blast was also felt in nearby buildings.

Firefighters have issued a level-2 warning, which enables them to call in support, including firefighters, from other areas, and have mobilized 39 fire trucks to contain the blaze. 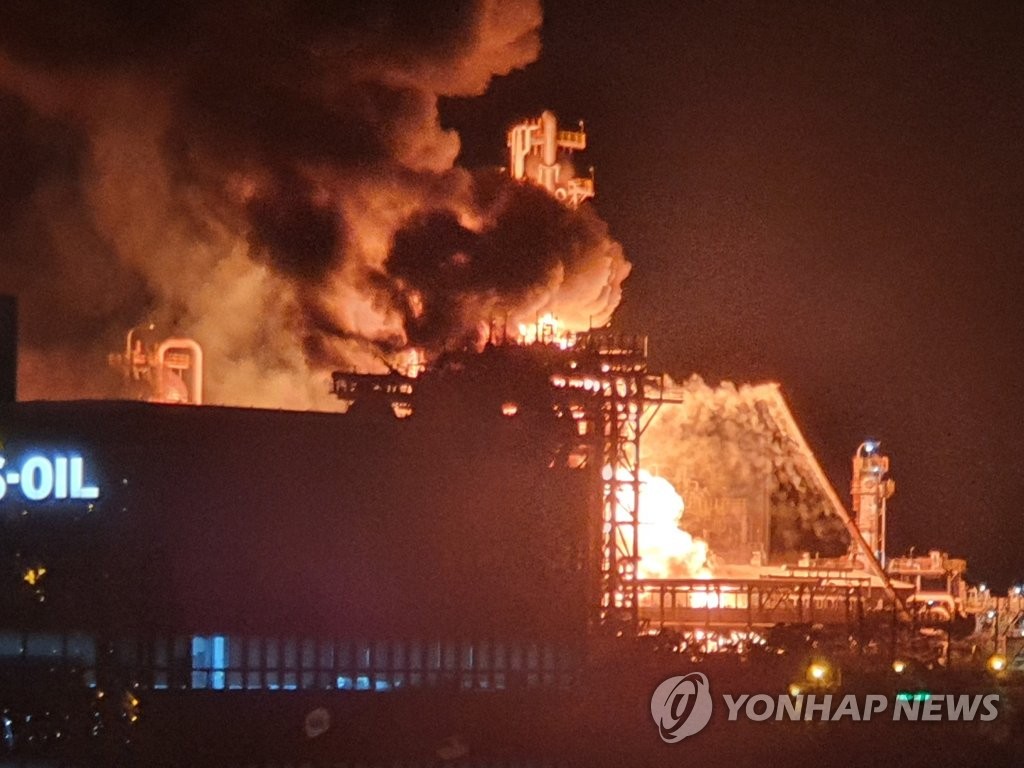 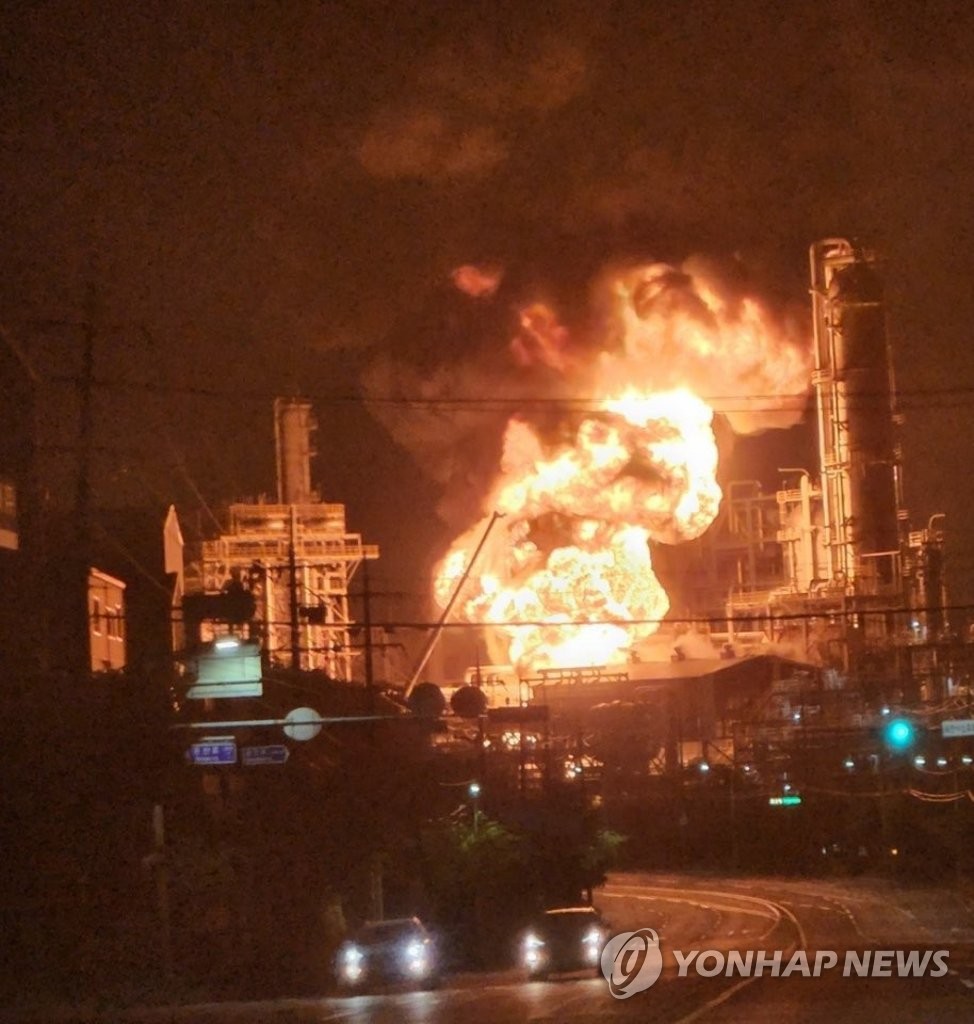