WASHINGTON, May 19 (Yonhap) -- The United States maintains a nimble defense posture in and around the Korean Peninsula as North Korea is widely expected to stage another provocation, possibly a nuclear test, Pentagon spokesperson John Kirby said Thursday.

Kirby made the remarks as President Joe Biden embarked on a three-day trip to South Korea earlier in the day.

"Anytime that the president travels overseas security is a concern. Quite frankly, security in the Indo-Pacific is a long standing concern," the Department of Defense spokesperson said when asked about security concerns related to Biden's trip.

"That's why we have talked about already, even before this trip, making sure that we had a nimble posture with respect to North Korea and their past and potentially future provocations," added Kirby. 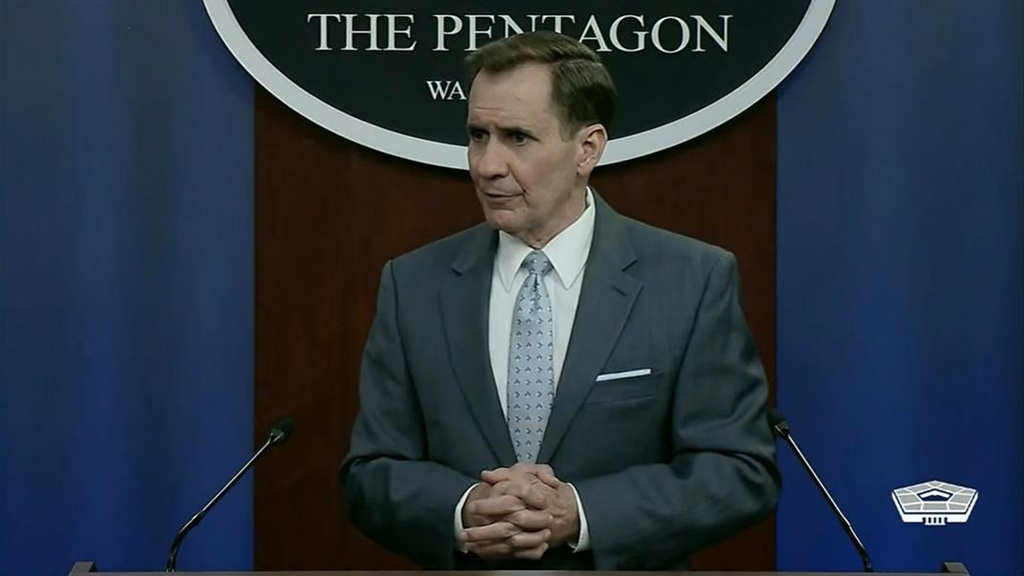 National Security Advisor Jake Sullivan said on Wednesday that North Korea may conduct a missile launch, nuclear test or both while Biden is in region.

He reiterated the possibility of a North Korean nuclear test on Thursday.

"We have been forthcoming in downgrading and releasing our intelligence and our analysis that there is a genuine possibility, a real risk of some kind of provocation while we are in the region, whether in South Korea or in Japan, that could take the form of a nuclear test," Sullivan told reporters aboard the Air Force One en route to Seoul via Anchorage.

"We are prepared for those eventualities," he added. "We are coordinated closely with both the ROK and Japan. We know what we will do to respond to that."

ROK stands for the Republic of Korea, South Korea's official name. The U.S. maintains some 28,500 troops in South Korea.

North Korea has conducted six nuclear test, with the last one held in September 2017.

Officials in Seoul earlier said the North appears to have completed all preparations for a nuclear test and that it may only be gauging the timing.

The North has conducted 16 rounds of missile tests this year, which also included three intercontinental ballistic missile tests that ended its self-imposed moratorium on long-range missile testing that had been in place since November 2017.

Biden will arrive in Seoul on Friday (Seoul time) for his first bilateral summit with new South Korean President Yoon Suk-yeol the following day. He will depart Seoul on Sunday for a three-day visit to Japan.