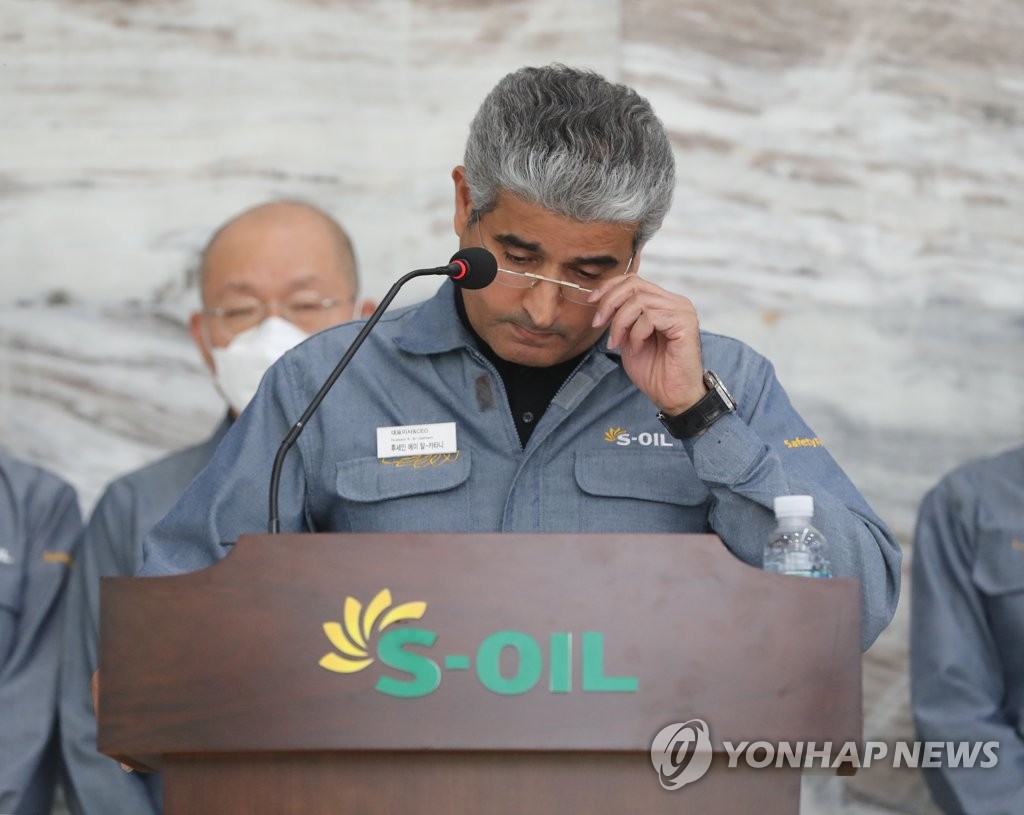 The accident happened at around 8:50 p.m. Thursday during the start-up process after maintenance work, and firefighters completely put out the fire after about 20 hours.

One of the compressors during the start-up is believed to have caused the fire, according to firefighters and the company.

The industry ministry said it will conduct a joint probe with the state-run Korea Gas Safety Corporation and fire authorities to figure out exactly what caused the accident, and launch a safety inspection into all petrochemical complexes in the country.

The government will also set up a task force, along with S-Oil and related agencies, to boost the monitoring of domestic oil supplies, vowing to employ "every means" to ensure stable supplies, such as releasing oil reserves in time.

The company also pledged to explore ways to make sure the accident does not lead to any disruptions in the domestic supply of fuel products, by making full use of inventory and its domestic and overseas networks. 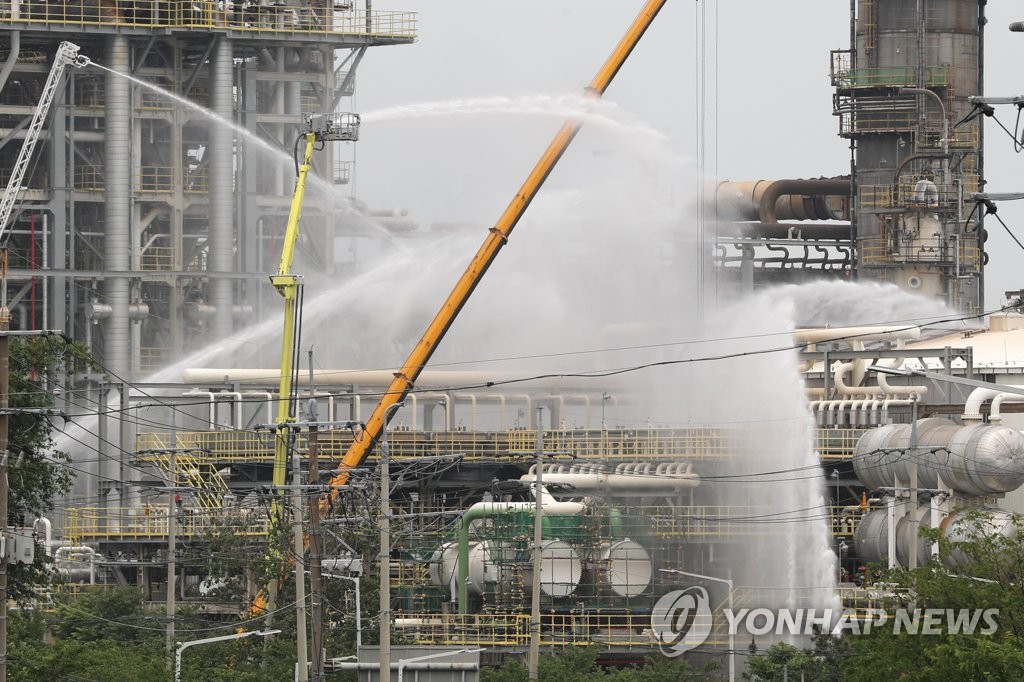