The board of the GCF endorsed the funding plan for projects to support six emerging countries' efforts to battle climate change, according to the Ministry of Economy and Finance.

A combined $301.5 million will be spent to support four new projects, including $200 million for India's e-mobility financing program, and the remainder will be used to additionally fund the existing green project for Kenya and Senegal.

The GCF, launched in 2010 in Songdo, about 40 kilometers west of Seoul, aims to channel money from industrialized nations to developing countries to help them tackle climate change-related problems. 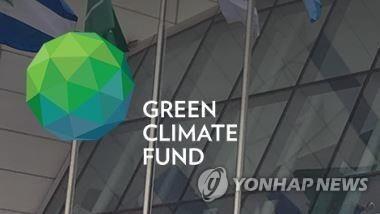 GCF board approves US$330 mln for green energy projects

GCF board approves US$330 mln for green energy projects