SEOUL, May 20 (Yonhap) -- The National Assembly confirmed Prime Minister nominee Han Duck-soo on Friday after the main opposition Democratic Party (DP) holding a majority in the parliament decided to approve the nomination.

Han's nomination was approved in a 208-36 vote, 47 days after he was nominated by President Yoon Suk-yeol.

The result came after the DP decided to confirm Han in a general meeting of its lawmakers amid concern that rejecting the nomination could backfire and hurt its chances in next month's local elections.

The party had the ultimate say in confirming Han as the country's No. 2 official, as it holds 167 seats in the 300-seat National Assembly. The ruling People Power Party, meanwhile, has 109 seats. 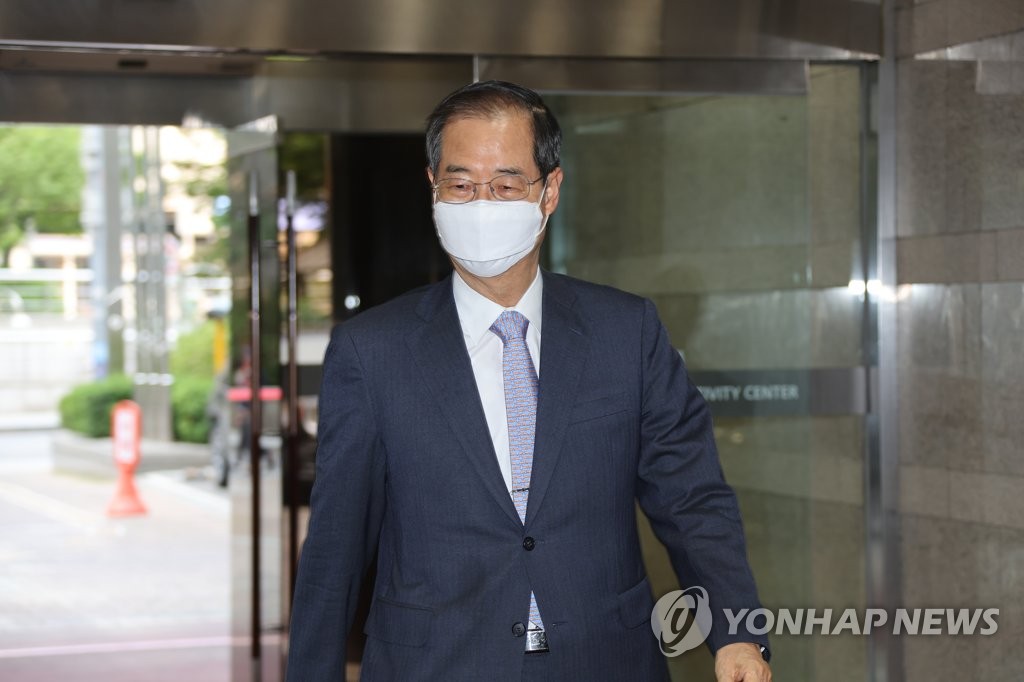 The DP has been mulling for weeks on whether to approve Han, with hardliners insisting the party should veto the nomination, because Yoon showed no willingness to cooperate with the opposition, as seen by the appointment of Justice Minister Han Dong-hoon.

Despite the DP's strong objections, Yoon pressed ahead and appointed the justice minister Tuesday.

The DP's confirmation hearing committee has declared Han as "unqualified," citing his post-retirement career at a law firm and other suspected irregularities.

But others in the DP claimed the party should endorse Han, since the rejection could backfire and undermine the DP's chances in the upcoming local elections, with criticism that the party is hindering the operation of the new government from the start.

With the approval, Han will take the country's No. 2 job for the second time. The 72-year-old already served as the prime minister during the liberal Roh Moo-hyun administration from 2007 to 2008.

The parliamentary endorsement for Han is expected to provide much-needed momentum to the Yoon administration in dealing with the recovery from the COVID-19 crisis and rising tensions on the Korean Peninsula sparked by a series of provocations from North Korea.