SEOUL, May 20 (Yonhap) -- Chung Eui-sun, the chief of South Korea's auto giant Hyundai Motor Group, is expected to ask for Washington's support for the group's push in burgeoning sectors that include urban air mobility (UAM) and robotics in a meeting with U.S. President Joe Biden in Seoul this weekend, according to observers Friday.

Biden is scheduled to arrive in South Korea later in the day for a three-day visit in the first leg of his first trip to Asia as president.

According to industry sources, Biden will meet with Chung on Sunday to thank him for Hyundai's more than US$7 billion investment in the U.S. state of Georgia, which is expected to be announced by the state's governor.

The two are expected to talk about Hyundai's future industry businesses related to smart mobility, including electric vehicles, UAM, robotics and autonomous vehicles. UAM is a key future innovation business that can help overcome urban challenges, like traffic congestion, by connecting the sky and the ground.

Chung has previously laid out a vision in which automobiles will account for 50 percent of its business, and UAM and robotics take up 30 percent and 20 percent, respectively. 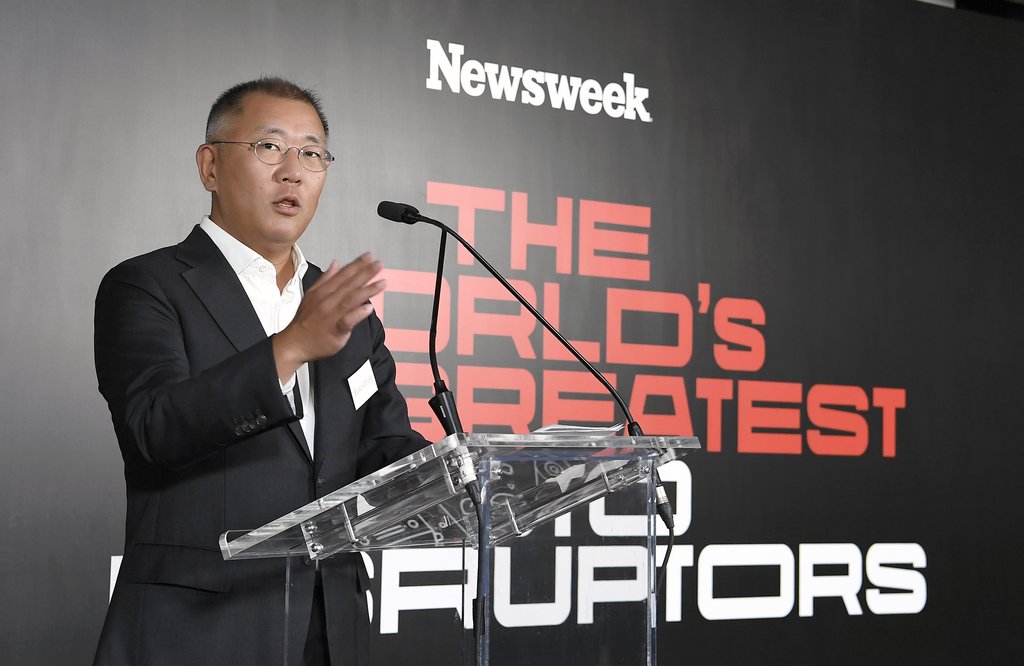 In the meeting with Biden, the chairman is expected to ask for Washington's support in Hyundai's businesses in such areas related to future growth.

"We will thoroughly explain Hyundai Motor Group's future industry business plans in the U.S. if we meet with U.S. authorities," a group official said.

Hyundai Motor Group, which has Hyundai Motor Co. and Kia Corp. as major affiliates, has announced a broad plan to invest $7.4 billion in its U.S. plants and markets by 2025.

The group aims to launch seven electric models in the U.S., the world's most important automobile market, this year. It also set up the UAM subsidiary, named Supernal, in 2020 and has been in the project to develop an electric vertical take-off and landing (eVTOL) aircraft.

Hyundai chief expected to drum up support for UAM, robotics in Biden meeting

Hyundai chief expected to drum up support for UAM, robotics in Biden meeting