SEOUL, May 20 (Yonhap) -- A Seoul court on Friday ordered North Korea and its leader Kim Jong-un to compensate the families of South Koreans abducted by the North during the 1950-53 Korean War.

The Lawyers for Human Rights and Unification of Korea, a civic association made up of attorneys specializing in legal issues regarding North Korea, filed the lawsuit in Seoul on June 25, 2020, on behalf of 12 people whose family members were kidnapped by the North during the war.

The Seoul Central District Court ordered Kim and his regime to pay up to 30 million won (US$23,700) per person to the 12 plaintiffs. 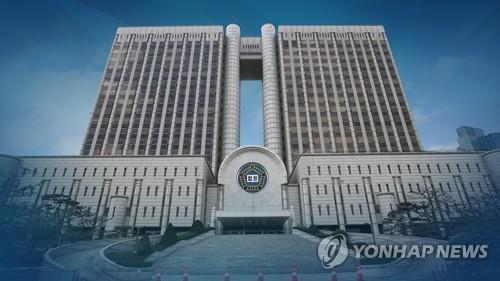 The civic association, launching the lawsuit on the occasion of the 70th anniversary of the outbreak of the Korean War, said North Korea kidnapped around 100,000 civilians from the South and the plaintiffs' human rights have been violated by the North's crimes against humanity.

North Korea has refused to respond to the lawsuit but the Seoul court made the ruling through the "conveyance by public announcement" system, in which court hearings proceed without the presence of defendants.

Despite the ruling, however, it will be difficult for the plaintiffs to receive actual compensation, because there is no way to force the North to comply.

It marked the third time that South Koreans have won a damages suit against North Korea.

In July 2020, the same Seoul court ordered Kim and Pyongyang to pay 21 million won each to two former prisoners of war over forced labor in the North.

In March 2021, the same court ruled that North Korea and Kim have to pay compensation of 50 million won to a family member of a South Korean who was abducted to the North during the Korean War.