Yoon conferred an appointment certificate on Han in the morning at the presidential office in Seoul. 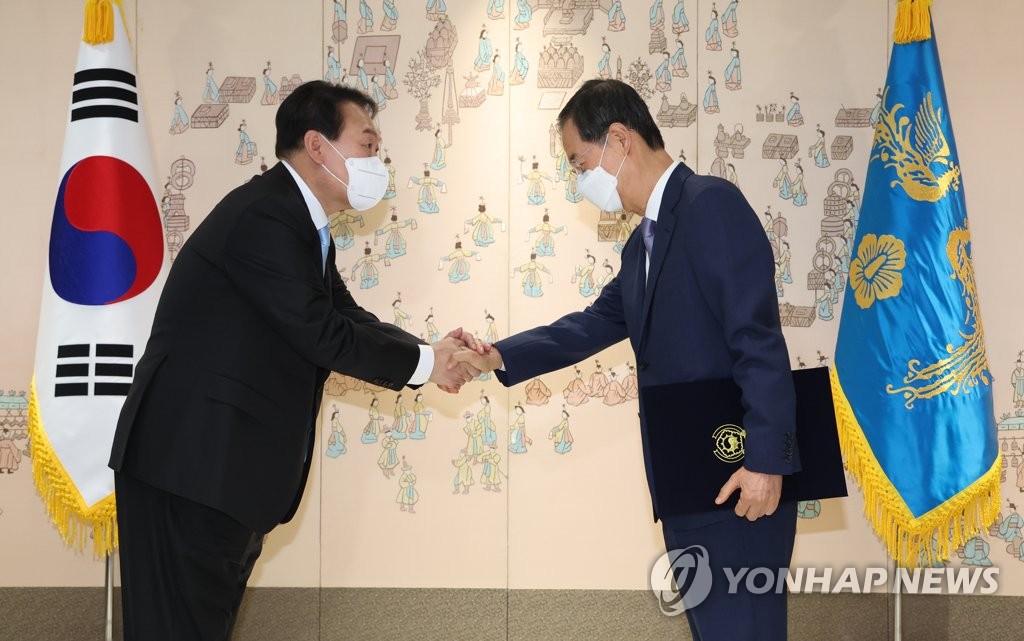 His appointment is expected to give much-needed momentum to the fledgling Yoon administration facing a series of tasks, including a recovery from COVID-19 and rising tensions on the Korean Peninsula sparked by continued North Korean provocations.

Meanwhile, Han, along with some presidential aides, plans to attend a memorial service for late former President Roh Moo-hyun set to take place in the southern town of Bonghwa on Monday, according to Han.