South Korea's Industry Minister Lee Chang-yang and U.S. Commerce Secretary Gina Raimondo held a meeting in Seoul and signed a memorandum of understanding (MOU) on the establishment of the "Supply Chain and Commercial Dialogue" by upgrading their existing working-level industrial cooperation dialogue platform.

Raimondo is in Seoul for a three-day stay that began Friday accompanying U.S. President Joe Biden.

Under the agreement, the two sides plan to hold the dialogue once a year and discuss a wide range of industry and economic issues, including resilient supply chains of semiconductors and other high-tech items, the digital economy, health care technologies and exports control, according to the Ministry of Trade, Industry and Energy.

They also agreed to boost cooperation on research and development, and create more business opportunities, it added.

How to ensure stable supply chains is one of the key agenda items of the summit between South Korean President Yoon Suk-yeol and Biden set to take place later in the day in Seoul amid a global shortage of semiconductors and supply chain disruptions.

"The two ministers shared the notion that the current instability in the traditional global value chains cannot be resolved through efforts by one country, and cooperation among partner nations is critical," the ministry said in a release. 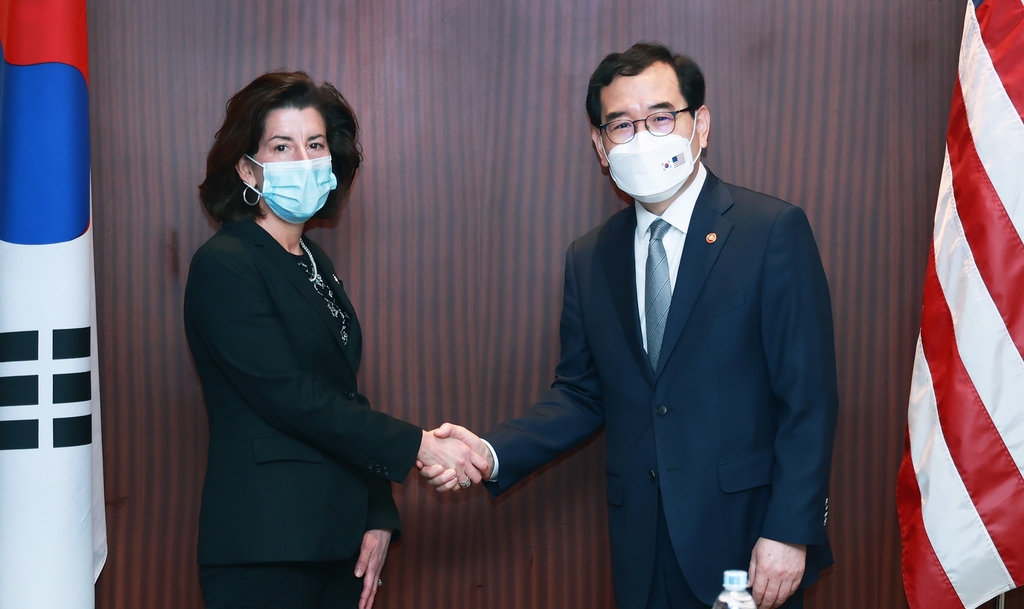 During the meeting, Lee pledged to actively join the U.S. in its envisioned economic initiative of the Indo-Pacific Economic Framework (IPEF) to establish a resilient and sustainable economic order in the region.

"The envisioned IPEF is expected to serve as a pivot of future-oriented regional cooperation by covering a wide range of issues, including stable supply chains, the digital economy, clean energy and decarbonization," the ministry said in a release.

President Yoon is likely to officially announce the country's intention to join the new framework during his summit with Biden.

Yoon's office said he will virtually attend a summit in Tokyo next week where Biden is poised to formally launch the IPEF.

South Korea has sought to begin negotiations to revise the 2018 rules, under which the Donald Trump government waived the tariffs on South Korean steel products in return for a yearly import quota of 2.63 million tons of steel, or 70 percent of Seoul's average export volume of steel products over the past three years.

Washington wrapped up negotiations on the tariff issue with the European Union, Japan and Britain this year, but it has maintained a negative stance on beginning talks with South Korea.

The attendees discussed detailed measures of expanding trade and investment, as well as enhanced cooperation in supply chains, the ministry said. 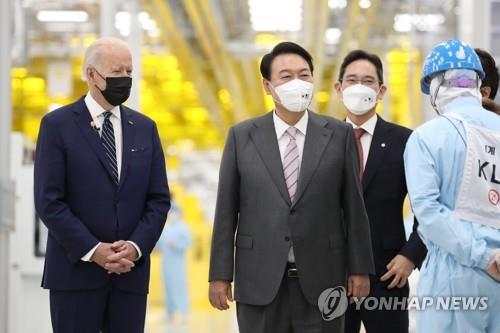