SEOUL, May 21 (Yonhap) -- The action comedy "The Roundup" continued to shatter box-office records among Korean films during the pandemic, data showed Saturday.

The sequel to the 2017 hit movie "The Outlaws" surpassed 2 million cumulative viewers Saturday, four days after its release, according to its distributor ABO Entertainment Co.

The action flick starring Ma Dong-seok set the first four-day record among Korean films released since the coronavirus broke out in early 2020. 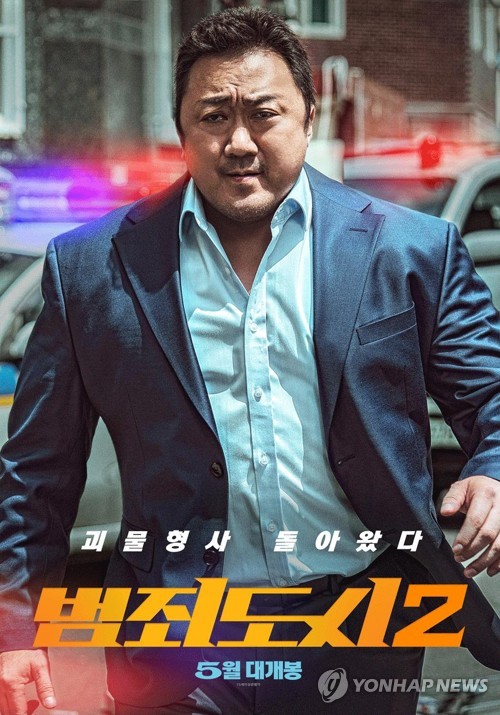 It broke the previous record set by "Deliver Us from Evil," which reached the 2-million mark on the fifth day of its release in 2019.

"The Roundup," released Wednesday, garnered about 467,000 viewers on opening day. It marked the largest first-day score in the past three years for a homegrown film, outnumbering the previous record of 354,000 set by the zombie apocalypse thriller "Peninsula" in July 2020.

"The Roundup" tells the story of Detective Ma Seok-do (Ma) heading to Vietnam to extradite a suspect only to find out about additional murder cases involving an unknown killer who has committed crimes against tourists for many years.
(END)

'The Roundup' surpasses 2 million viewers within 4 days of release

'The Roundup' surpasses 2 million viewers within 4 days of release