SEOUL, May 21 (Yonhap) -- U.S. President Joe Biden held a phone conversation with former South Korean President Moon Jae-in on Saturday, calling him a "good friend" and thanking him for making efforts to strengthen the alliance between the two countries while in office, an aide to Moon said.

Biden and Moon held the phone talks for about 10 minutes from 6:52 p.m., according to Rep. Yun Kun-young of the Democratic Party. Moon left office on May 9 after serving a five-year term.

Biden was quoted as calling Moon a "good friend" and thanking him for making efforts to strengthen their alliance, while referring to their summit in Washington last year.

The phone conversation came after Biden and South Korean President Yoon Suk-yeol held their summit in Seoul and agreed to expand cooperation not just in the military and security areas but also in many economic fields.

Biden's three-day trip to South Korea, which started Friday, raised speculation that he and Moon might meet in person, though Washington later said such a meeting would not take place.

Since leaving office, Moon is currently residing in his retirement home in the southeastern town of Yangsan. 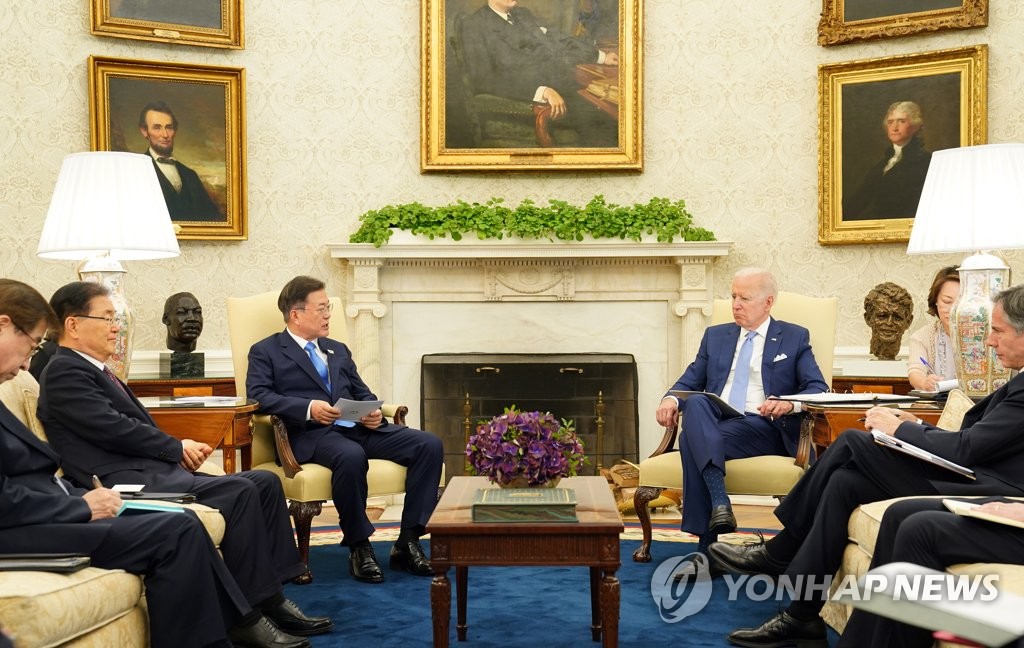