The two are scheduled to visit the Korean Air and Space Operations Center at Osan Air Base in Pyeongtaek, 70 kilometers south of Seoul, to be briefed on its work, and to encourage American and South Korean troops stationed there.

The visit is expected to underscore the allies' firm readiness against North Korea's nuclear and missile threats after Yoon and Biden agreed during Saturday's summit to expand the scope of combined military exercises.

Before heading to the air base, Biden is scheduled to meet with Hyundai Motor Group Chair Euisun Chung.

On Saturday, the company announced plans to invest US$5.54 billion in the construction of a dedicated electric vehicle and car battery manufacturing plant in Georgia, the U.S.

Biden is set to head to Japan on Sunday afternoon. 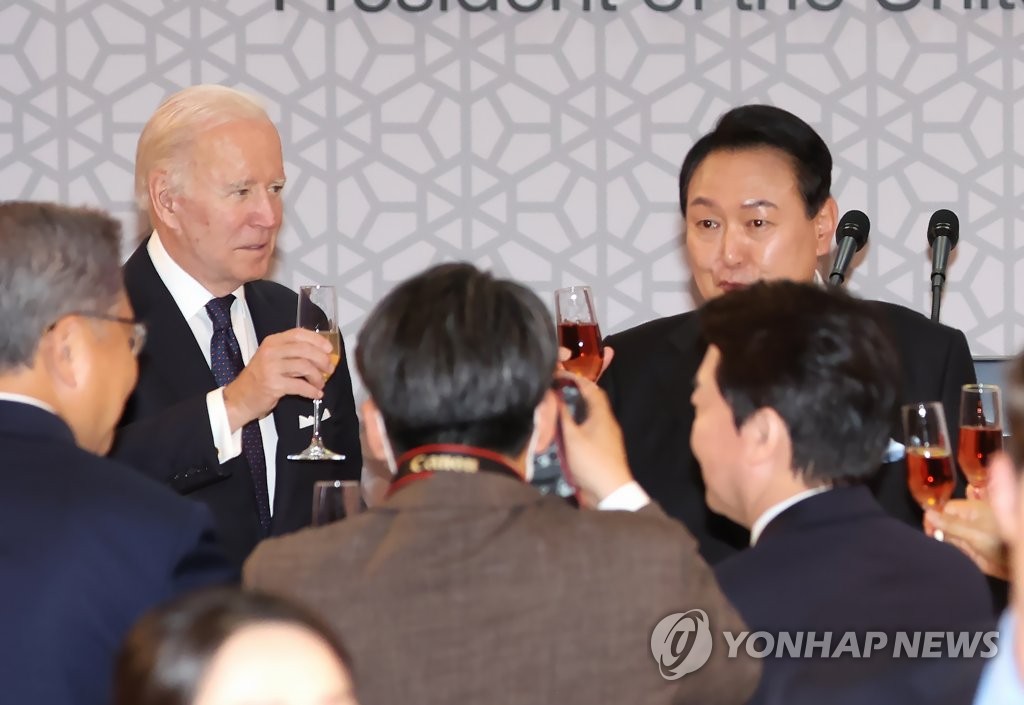