SEOUL, May 23 (Yonhap) -- South Korea's exports rose 24.1 percent in the first 20 days of May from a year earlier on robust demand for chips and petroleum products, but the country suffered a trade deficit on high fuel costs, customs data showed Monday.

The country's outbound shipments stood at US$38.6 billion in the May 1-20 period, compared with $31.1 billion a year earlier, according to the data from the Korea Customs Service.

Imports jumped 37.8 percent on-year to $43.4 billion during the cited period, resulting in a trade deficit of $4.83 billion. 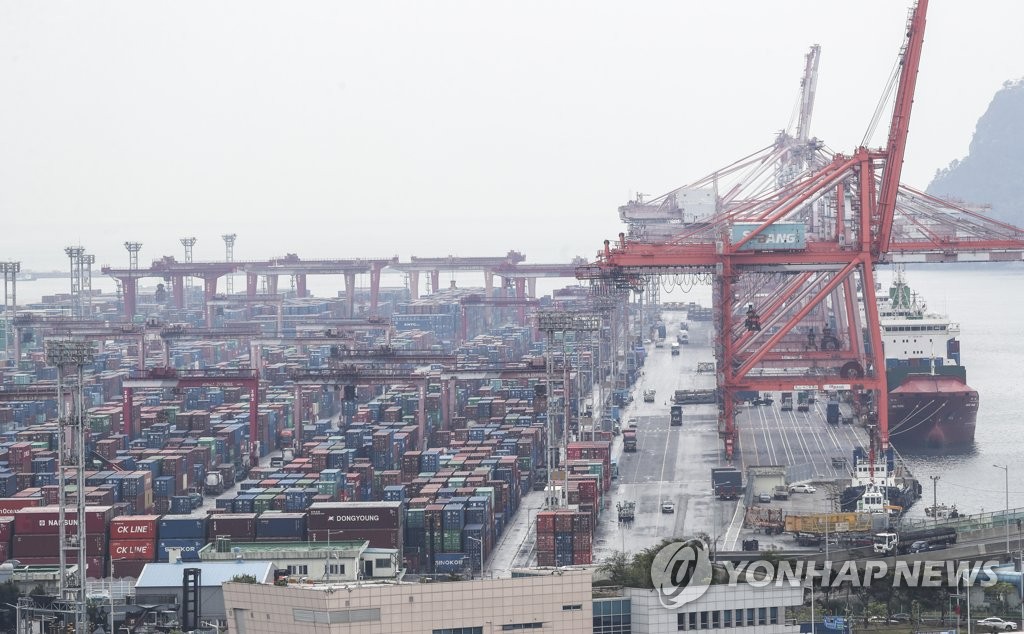 If the trend continues, the country is poised to post a trade deficit for the third straight month this month due to soaring energy costs caused by Russia's war with Ukraine.

Exports, which account for half of the economy, rose 12.6 percent on-year in April, extending their gains to the 18th month, according to the trade ministry.

But elevated oil prices pushed up the country's imports, leading it to post a trade deficit of $2.66 billion last month.

Imports of crude oil soared 84 percent during the first 20 days of the month and those of petroleum products jumped 40.6 percent on-year. South Korea heavily relies on imports for most of its energy needs.

Exports of petroleum products soared 145.1 percent on-year on the back of high oil prices.

Shipments of autos gained 17.5 percent on-year despite a global shortage of automotive chips. Autos accounted for some 7 percent of South Korea's exports.

By country, exports to China, South Korea's largest trading partner, rose 6.8 percent and those to the United States jumped 27.6 percent.

The International Monetary Fund lowered its 2022 growth outlook for the South Korean economy to 2.5 percent, while raising the inflation projection to 4 percent this year.