SEOUL, May 23 (Yonhap) -- The homegrown action comedy "The Roundup" is on course to become a box office hit, luring more than 2 million people on its first weekend, data showed Monday.

The sequel to the 2017 hit comedy "The Outlaws" attracted 2.53 million people from Friday-Sunday, bringing its cumulative total to 3.55 million in the five days following its release last Wednesday, according to the data by the Korea Film Council.

It is the first time in more than two years that a Korean film has attracted more than 2 million people on a weekend since the political drama "The Man Standing Next" (2019) posted 2.01 million attendance on the last weekend of January 2020, overlapping with the four-day Lunar New Year holiday.

On Saturday, in particular, some 1.03 million people saw the film, marking the highest daily score for a Korean title since June 1, 2019, when Bong Joon-ho's award-winning family satire "Parasite" lured 1.12 million.

"The Roundup" tells the story of Detective Ma Seok-do (Ma Dong-seok) heading to Vietnam to extradite a suspect only to find out about additional murder cases involving an unknown killer who has committed crimes against tourists for many years.

Hollywood blockbuster "Doctor Strange in the Multiverse of Madness" came in second with 328,000 people over the weekend, with its total attendance reaching 5.47 million, while the American animated film "The Bad Guys" placed third with 35,000 moviegoers. 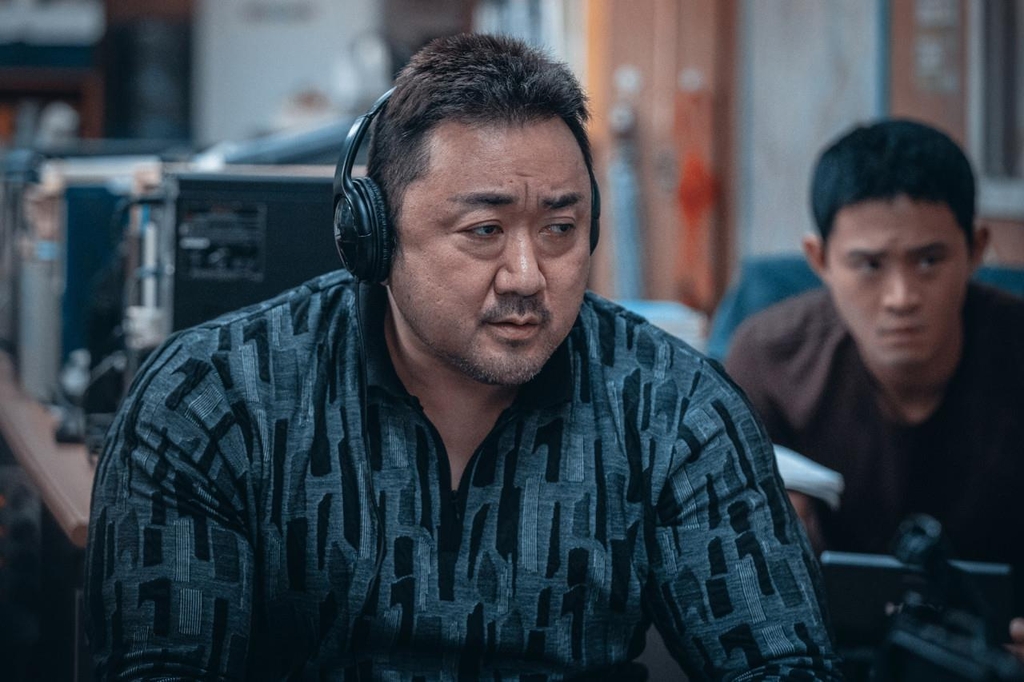