SEOUL, May 23 (Yonhap) -- Leaders of the ruling People Power Party (PPP) and the main opposition Democratic Party (DP) traveled to the southeastern rural village of Bongha on Monday to pay their respects to late President Roh Moo-hyun amid efforts to win the June 1 local elections.

PPP Chairman Lee Jun-seok and PPP floor leader Kweon Seong-dong were among the 3,000 guests at the memorial service for the late president in Bongha, Gimhae, some 450 kilometers southeast of Seoul, along with the DP's co-interim chiefs Yun Ho-jung and Park Ji-hyun.

Also in attendance were former President Moon Jae-in and new Prime Minister Han Duck-soo, who both worked with Roh when he served as the president between 2003-08. 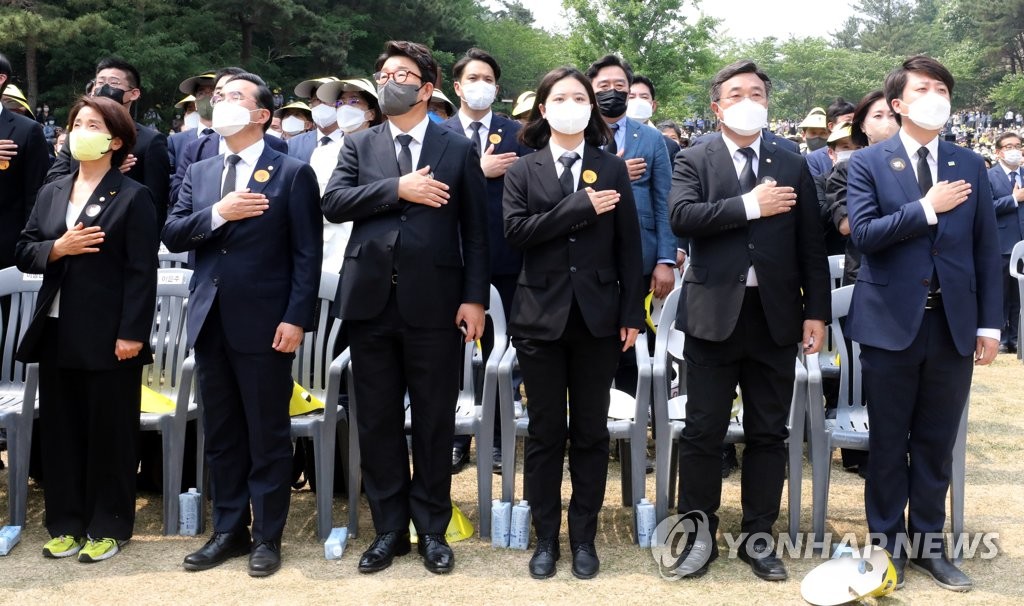 Lee and Kweon shoved their way into the ceremony as some protesters tried to block the entrance of the conservative party leaders. At the ceremony, they were seen listening to eulogies from Roh's aides and paying respects to Roh in front of his grave.

The PPP hopes the trip to the village of Bongha, where Roh lived after leaving office, can appeal to liberal supporters of Roh ahead of the elections and promote the message of national unity with the new government.

The move follows the party's unprecedented outreach to the home turf of the DP, when 100 of its lawmakers traveled to the southwestern city of Gwangju and paid their respects to the victims of the 1980 pro-democracy uprising.

"The National Assembly at present cannot see bipartisan cooperation amid a sharp conflict," said PPP spokesperson Her Euna. "The PPP will achieve cooperation between the ruling and opposition parties for a mature democracy that Roh had hoped for."

The DP hopes the event can consolidate its supporters and provide momentum to win the local elections.

"Although the spirit of Roh Moo-hyun is still living in our heart, the Yoon Suk-yeol government is speeding up to establish 'the Republic of prosecution' that we have never experienced before in the country's history," said DP spokesperson Jo O-seop. "We will protect democracy from the Yoon government and establish a new Republic of Korea that Roh dreamed of." 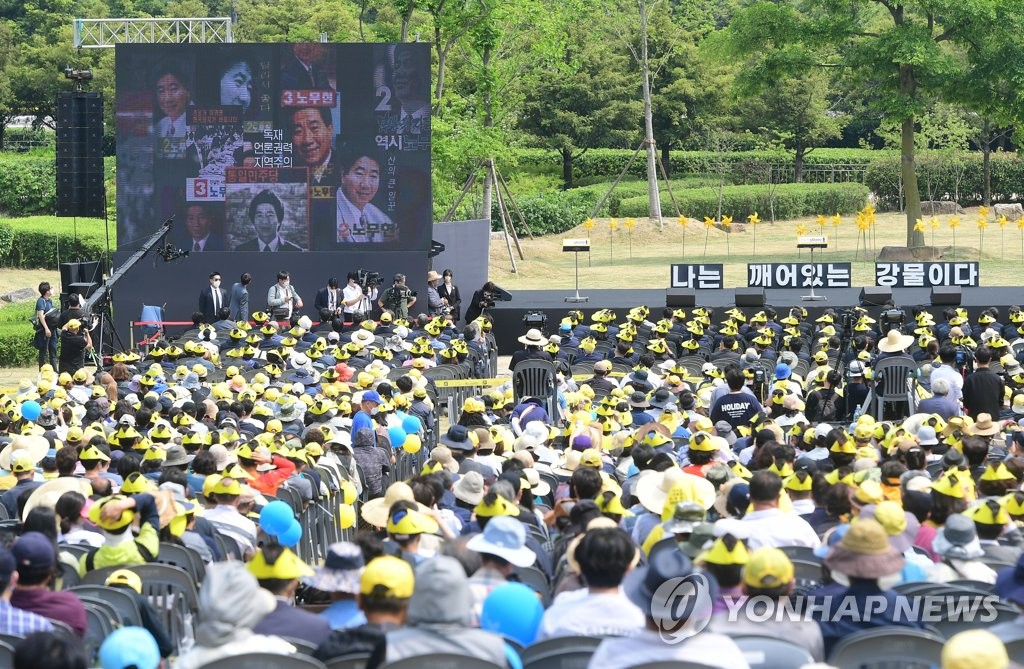