SEOUL, May 23 (Yonhap) -- President Yoon Suk-yeol said Monday South Korea will contribute to the newly launched Indo-Pacific Economic Framework (IPEF) across all sectors and propose ways to cooperate on supply chain resilience, the transition to a digital economy, and clean energy and decarbonization.

Yoon made the remark as he took part virtually in a high-level meeting in Tokyo where U.S. President Joe Biden launched the initiative.

A total of 13 countries announced their participation, with the others being Australia, Brunei Darussalam, India, Indonesia, Japan, Malaysia, New Zealand, Philippines, Singapore, Thailand, and Vietnam. 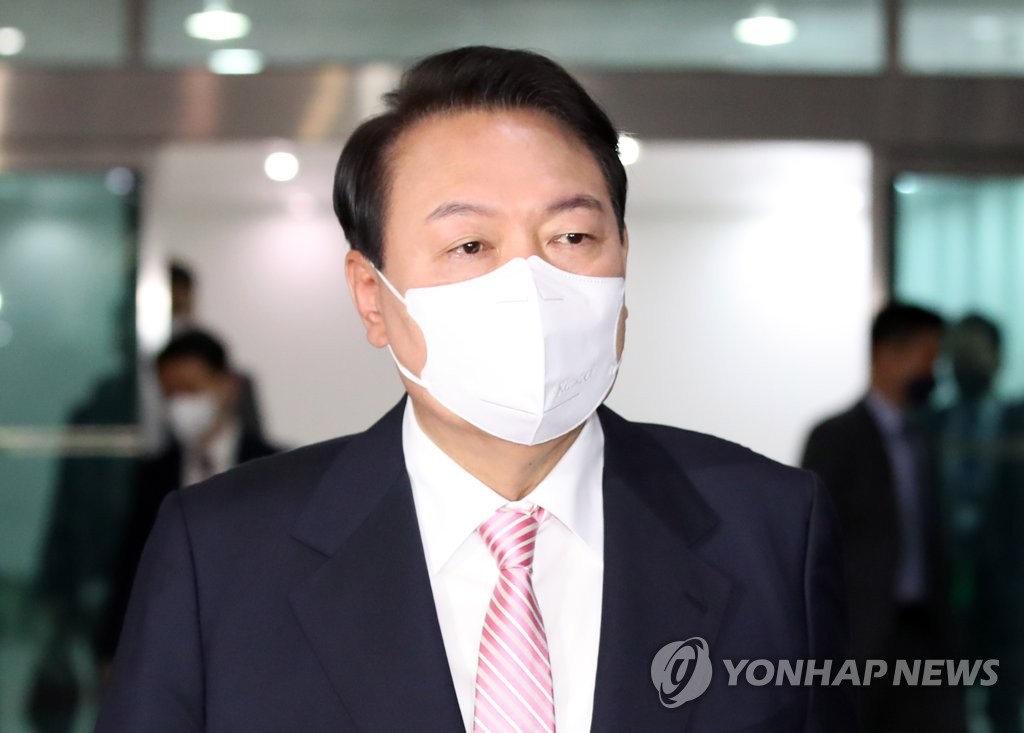 "The Republic of Korea achieved rapid growth and development on the foundation of a liberal democracy and a market economy system," Yoon said.

"South Korea will share these experiences and cooperate across all sectors covered under IPEF," he said. "In particular, we plan to propose ways to cooperate on strengthening supply chains, transitioning to a digital economy and on clean energy and decarbonization."

Yoon said South Korea will use its capabilities in semiconductors, batteries, future vehicles and other cutting-edge industries to build a mutually beneficial supply chain with countries in the region.

On the transition to a digital economy, he said that South Korea will lead technological innovations in artificial intelligence, data and 6G, and contribute to building digital infrastructure and reducing digital gaps.

For clean energy and decarbonization, Yoon said South Korea will use its advanced skills in nuclear energy, hydrogen and renewable energy to establish carbon-reducing infrastructure and develop technologies through bold investments.

"I believe today's launch of IPEF is a meaningful first step in demonstrating the solidarity and will to cooperate of countries in the region amid a fast-changing economic environment," Yoon said. "I look forward to IPEF being pursued under the principles of openness, inclusivity and transparency."

The U.S. has described IPEF as a regional framework that will ensure supply chain resilience, set the rules of the digital economy and promote clean energy, among other things.

Details of the initiative are still scarce and are expected to be fleshed out during negotiations among its members in the coming months.

IPEF has also been seen as a framework aimed at excluding China from global supply chains, leading to concern Beijing could retaliate against Seoul for joining the framework.

"This is a process of setting wide-ranging rules for economics and trade in the Indo-Pacific region, so obviously we have to take part in it," he told reporters as he arrived for work at the presidential office.

"If we exclude ourselves from the rule-setting process, it will cause a great deal of harm to the national interest," he said.