SEOUL, May 23 (Yonhap) -- Five-time defending champions Jeonbuk Hyundai Motors have clawed their way up to second place in the K League 1 tables, despite some utterly uninspiring performances by their offense.

Jeonbuk squeezed past Suwon FC 1-0 on Sunday to reach 25 points, now eight behind the league-leading Ulsan Hyundai FC through 14 matches. Jeonbuk are undefeated in their past nine contests with six wins and three draws.

This was Jeonbuk's fifth consecutive one-goal match, dating back to May 5. They exploded for a season-high four goals against Seongnam FC on April 9. Jeonbuk then competed in the group stage of the Asian Football Confederation (AFC) Champions League, with the rest of the K League 1 going on a spring break. 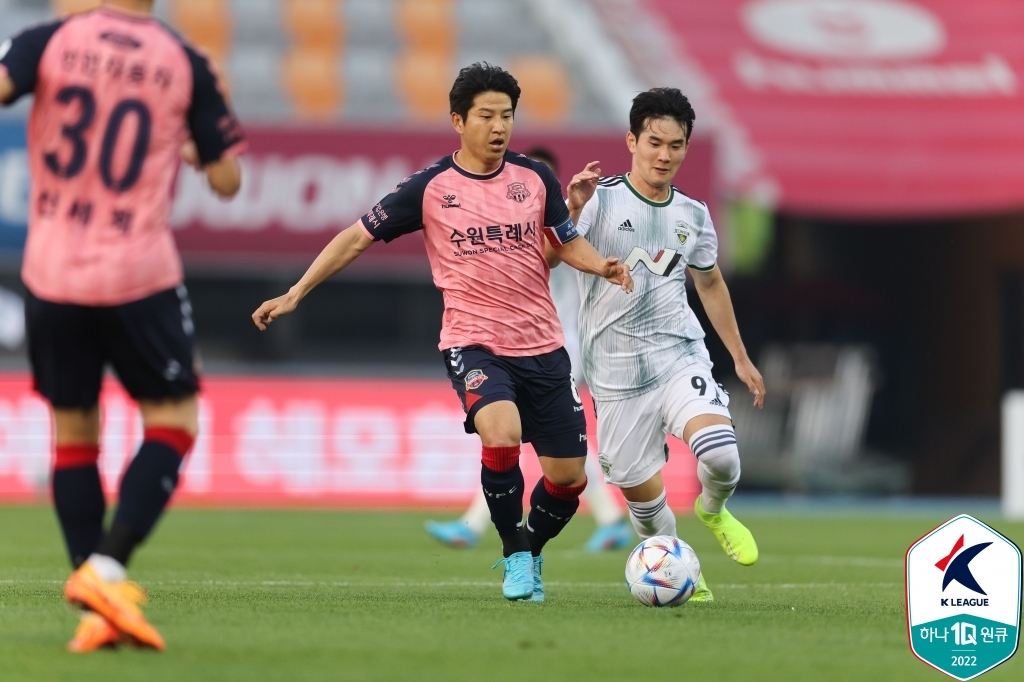 Jeonbuk apparently left their scoring touch behind them when they returned from the continental tournament. The one saving grace during this stretch has been their defense, which has held opponents to just two goals in the past five games.

Last year, they had 71 goals in 38 matches, about 1.9 goals per game. So far this year, with virtually the same set of players, they have 15 goals in 14 contests, tied for eighth place among 12 clubs.

The lone goal from Sunday's victory wasn't even Jeonbuk's own score. Kim Jin-gyu's shot that went off the body of defender Kwak Youn-ho ended up being Kwak's own goal.

Jeonbuk have scored more than one goal in a match just twice all season. For a team whose identity has long been the firewagon offense, this is a concerning trend. 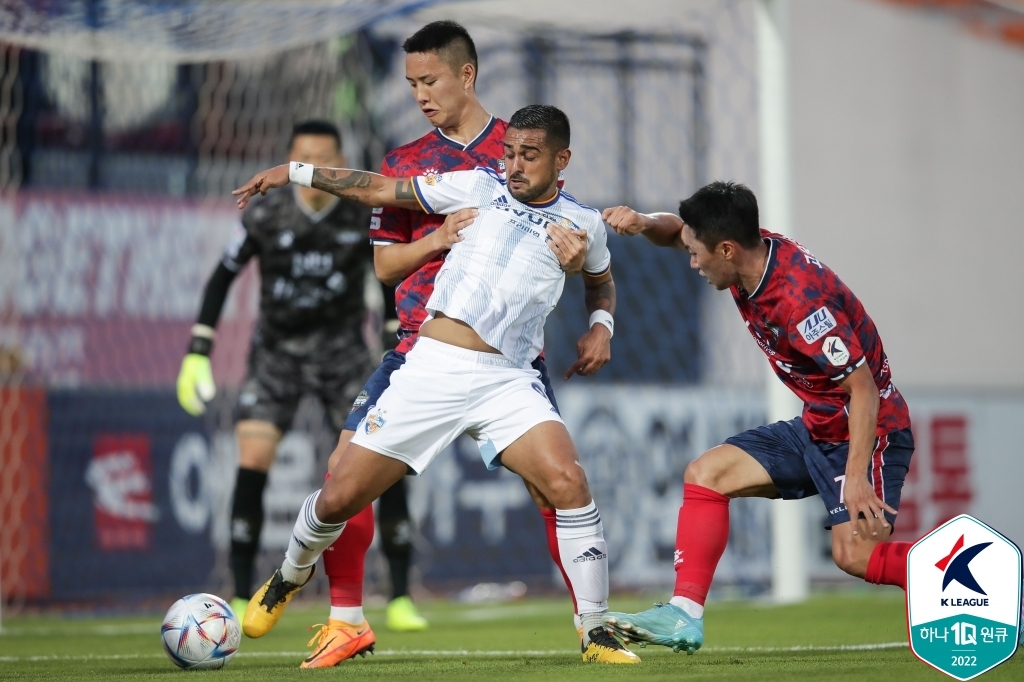 Head coach Kim Sang-sik, however, chose to look on the brighter side of things.

"We always take care of business and do what we're supposed to do," Kim said Sunday. "Challenges only make our team stronger and tighter. That's part of our culture. From veterans to young players, they seem to know how to handle adversity."

On Saturday, Ulsan became the first club to reach 10 wins this season by blanking Gimcheon Sangmu FC 2-0. Unlike Jeonbuk, Ulsan have had little trouble scoring, as they now lead the competition with 23 goals. This was Ulsan's third multi-goal effort this month alone, and their ninth overall.

Also on Saturday, Seongnam FC picked up just their second victory of the season, getting past FC Seoul 1-0.

Seongnam, though, remained at the bottom of the tables with nine points, three behind Suwon FC.

Pohang Steelers beat Incheon United 2-0 on Saturday to snap their two-game losing streak. Pohang are now in fourth place with 22 points, one better than Incheon. On Sunday, Daegu FC shut down Gangwon FC 3-0 to jump from ninth to sixth in the tables at 17 points.

Daegu's Cesinha picked up his 50th career assist and became the 12th member of the 50-50 club, with at least 50 goals and 50 assists. The Brazilian forward has 73 goals.

Jeju United and Suwon Samsung Bluewings ended in a scoreless draw. That one point allowed Jeju to move ahead of Pohang into third place at 23 points. 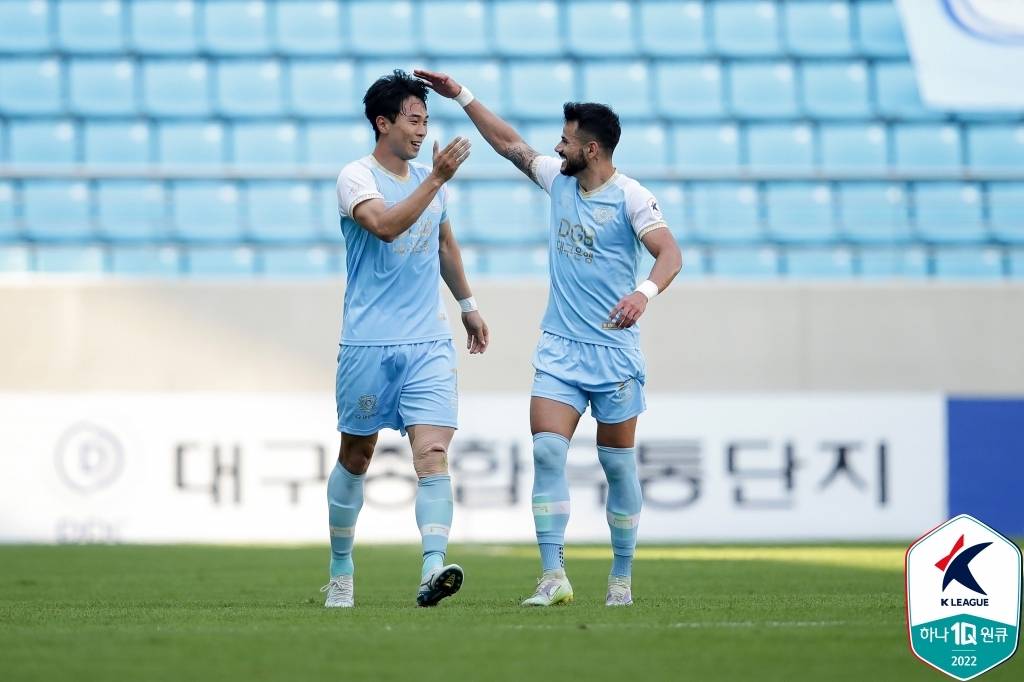