SEOUL, May 23 (Yonhap) -- South Korea and the United States will use their existing defense dialogue channels to discuss last week's summit agreement between Presidents Yoon Suk-yeol and Joe Biden on the deployment of America's strategic military assets here, a Seoul official said Monday.

At the Seoul summit Saturday, Biden reaffirmed the U.S.' commitment to deploying its strategic assets "in a timely and coordinated manner as necessary," amid growing concerns about North Korea's possible provocations like a long-range missile or nuclear test.

Seoul and Washington could use such platforms as the ministerial Security Consultative Meeting, the Deterrence Strategy Committee, and the Extended Deterrence Strategy and Consultation Group, a key channel that the two presidents agreed at the summit to reactivate "at the earliest date," the official said.

"We will discuss the issue of deploying strategic assets in a timely manner through the channels and strengthen our training on the deployment of strategic assets through regular exercises," the official told reporters on condition of anonymity.

At the summit, the two leaders fell short of specifying what type of strategic assets could be mobilized when necessary. Such assets usually refer to aircraft carriers, nuclear-powered submarines and nuclear-capable bombers.

Asked about the possibility of a trilateral military exercise among the South, the U.S. and Japan, the official said such a three-way training event has not been under consideration. 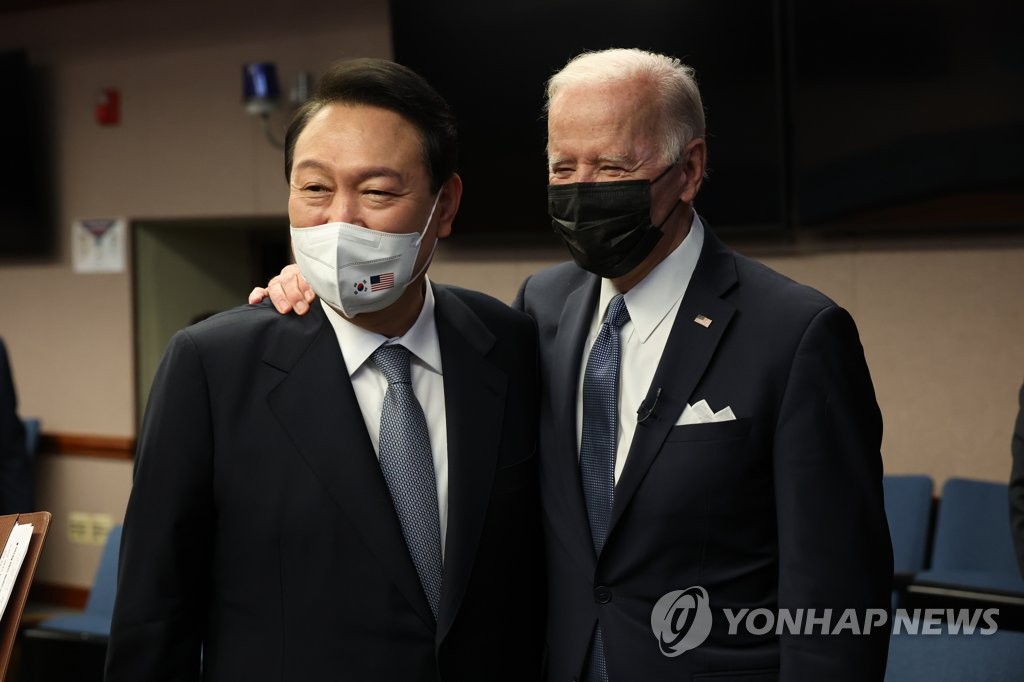