SEOUL, May 23 (Yonhap) -- South Korea will expeditiously push for the "normalization" of a U.S. THAAD missile defense unit here, Seoul's defense minister said Monday, as it has been in the status of "temporary installation" due to an environmental assessment and other reasons.

Lee Jong-sup made the remarks as Seoul and Washington are striving to sharpen joint deterrence against Pyongyang amid growing concerns about possibilities of the regime's additional provocations, like a long-range ballistic missile or nuclear test.

"The normalization of the THAAD unit should have been done (earlier)," Lee said in a meeting with reporters. "We will push for it (to materialize) at an early date."

Deployed in the southern county of Seongju in 2017, the THAAD battery has not been running at its full capacity, with access restricted to the unit due to protesters and pending an environmental impact assessment.

North Korea's series of ballistic missile launches since January have underscored the need to ensure the full operation of the missile defense unit.

During a session of the House Appropriations Subcommittee on Defense earlier this month, U.S. Forces Korea (USFK) Commander Gen. Paul LaCamera called for "unfettered access" to the unit, saying its absence would undermine the alliance's ability to defend South Korea.

Earlier in the day, the defense minister also visited an Army boot camp in Nonsan, 213 kilometers south of Seoul, to encourage new recruits and other military personnel there.

"I will cultivate a military with high morale by creating a safe environment and enhancing troops' welfare, and create a culture where troops' service is respected," Lee was quoted by his office as saying. "Let's work together to remove the military's wrong and bad practices." 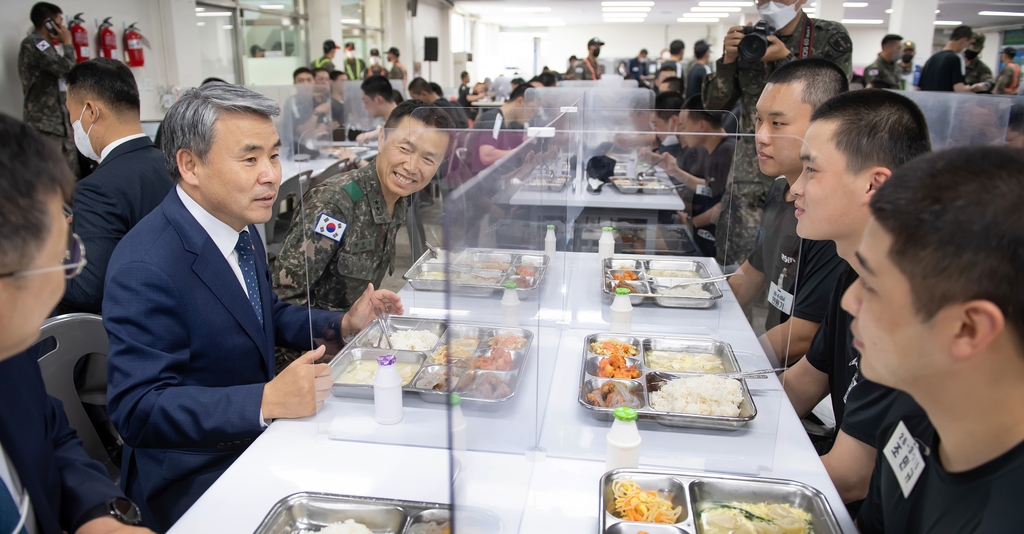