SEOUL, May 24 (Yonhap) -- South Korea's household credit shrank for the first time in about a decade in the first quarter of this year amid rising borrowing costs and tough lending rules, central bank data showed Tuesday.

Outstanding household credit had come to 1,859.4 trillion won (US$1.47 trillion) as of end-March, down 600 billion won from three months earlier, according to the preliminary data from the Bank of Korea (BOK).

This marked the first on-quarter decline since the first quarter of 2013. The shrinkage also came in contrast with a revised 17.1 trillion-won rise tallied three months earlier.

Outstanding household lending had come to 1,752.7 trillion won as of end-March, down 1.5 trillion won from three months earlier, the data showed. It was the first on-quarter decline since relevant data began to be compiled in 2002.

Of the household lending, mortgage loans stood at 989.8 trillion won at the end of March, up 8.1 trillion won from three months earlier. But the growth was slower than the previous quarter's 12.7 trillion-won rise amid slowing home transactions, the BOK said.

The decline in household credit is attributed to rising borrowing costs in tandem with the central bank's push to tighten monetary policy to tame inflation. In April, the BOK raised its policy rate by a quarter percentage point -- the fourth increase since August last year -- to 1.5 percent.

Also contributing to the fall is the government's tough rules on lending put in place to rein in growing household debt which has emerged as a potential risk factor for the economy.

A BOK official said that household loans increased in April as banks and other financial institutions pushed to ease lending rules, but added that it remains to be seen whether the upturn will hold up, given rising borrowing costs and a slowdown in home transactions.

The BOK is to hold a rate-setting meeting on Thursday where it is widely expected to raise its policy rate, a move that will send borrowing costs higher. 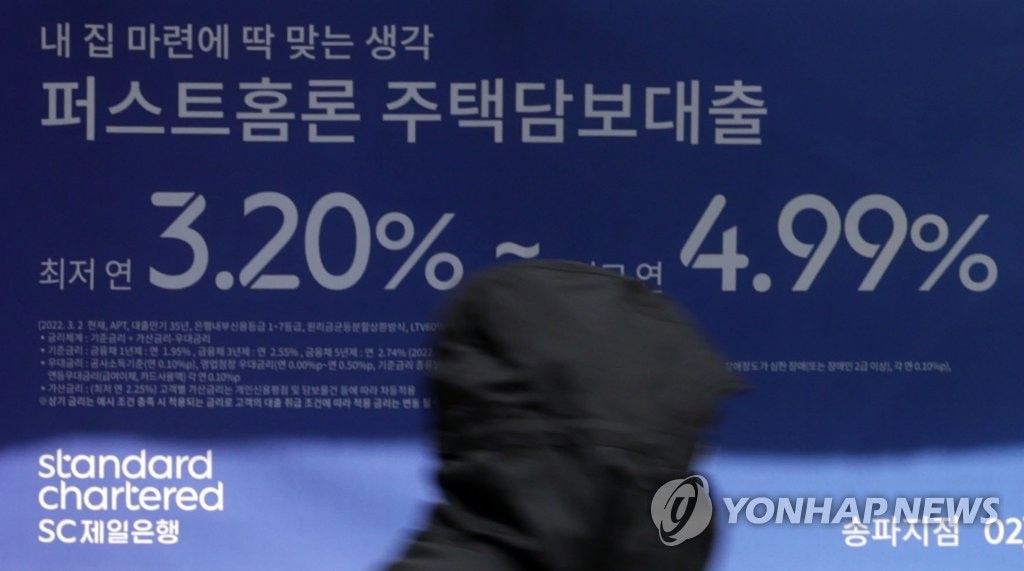