Hitejinro earns 10 percent of its total sales from exports of soju, Korean rice wine makgeolli, and other liquors. Soju accounts for 80 percent of the exports.

The company's soju exports exceeded US$100 million last year, more than doubling from $44 million in 2016, when it announced its goal of globalization of soju. Soju exports jumped 36 percent to $102 million in 2021 from $75 million a year earlier.

"To achieve the growth target, we will focus on increasing the ratio of consumption by non-Korean residents in our 14 strategic soju markets, including the three majors Japan, China and the United States," Managing Director Hwang Jung-ho in charge of Hitejinro's overseas business said in a recent interview with Yonhap News Agency at the company's headquarters in southern Seoul. 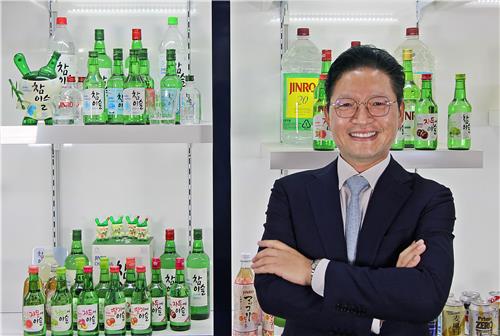 Koreans residing overseas have been the main customers of soju, but things have changed in recent years, helped by localized promotions and increased sales networks.

"Soju was initially recognized as 'Korean vodka' among overseas dealerships, but now soju has established its own soju category by increasing supplies to what is called the 'off channel' clients, such as discount stores, supermarkets and convenience stores," Hwang said.

Hitejinro began to export soju for the first time to Vietnam in 1968. Soju was the world's bestselling distilled liquor for 20 years through 2020, according to Drinks International, a world-leading drinks magazine.

On top of non-Korean demand, the unprecedented COVID-19 pandemic pushed up the off channel-based soju sales in the past two years, offsetting sharply declined sales to "on channel" customers, such as bars and restaurants. Hitejinro's sales fell 2.4 percent on-year to 2.2 trillion won in 2021.

"We aim to raise the ratio to 90 percent by 2024 under the two-track strategy aimed at strengthening its presence in the three major markets and making a presence in rapidly growing Southeast Asian markets," the managing director said.

It plans to strengthen sports marketing in the U.S., like the Los Angeles Dodgers sponsorship, and promotions through social media, such as the Twitter-like Weibo in China, while running YouTube and television ads in Japan, he said.

The company sees further room to grow in China as soju can be purchased from online stores, which is not allowed in most other markets currently.

Southeast Asia has emerged as a vital market for Hitejinro's growth since the company introduced its soju products under the Jinro brand in Vietnam in 2016. Demand for Jinro soju and different flavored varieties is on the rise in the region. 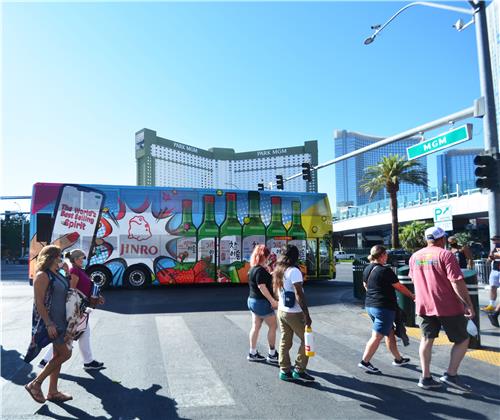 "Back in 2016, we found a niche for low-alcohol distilled liquor in the global alcoholic beverage markets dominated by strong drinks, such as whiskey and vodka. Launches of low-alcohol soju products worked among young customers aged between 25 and 35," Hwang said.

Hitejinro's soju products are sold under the flagship Jinro brand overseas, while two soju brands, Chamisul and Jinro, are sold domestically. Its beer products are available globally under the brands of Hite and Terra.

The domestic market is still vital to the company's growth plans. The size of the domestic liquor market has remained relatively consistent over the past six years, but Hitejinro's market share has grown 10 percent since 2015 to reach nearly 60 percent.

As for the possibility of building an overseas plant or acquiring a foreign beverage firm to meet rising soju demand, the executive said the company will expand its domestic output capacity depending on export volumes.

"We will stick to 100 percent production in South Korea. Overseas production of soju in export markets may help cut the manufacturing costs, but such cost-cutting could come at the expense of product quality," he said. 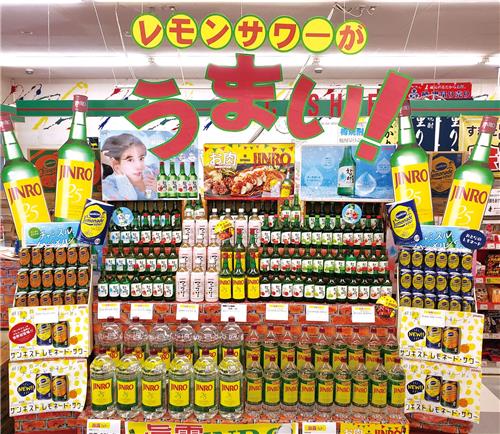