SEOUL, May 24 (Yonhap) -- President Yoon Suk-yeol said Tuesday that South Korea will do its part in global efforts to achieve carbon neutrality, calling for the right mix of nuclear power, renewable energy and natural gas.

Yoon made the remark during the opening of the 28th World Gas Conference in Daegu, 302 kilometers southeast of Seoul, where some 20,000 people from 80 countries, including executives from global gas corporations, were expected to attend through Friday.

"As a global leading nation, South Korea will fulfill its responsibility and role in international efforts to achieve carbon neutrality," Yoon said at the EXCO convention center. "For this, we need to reasonably mix nuclear power, renewable energy and natural gas." 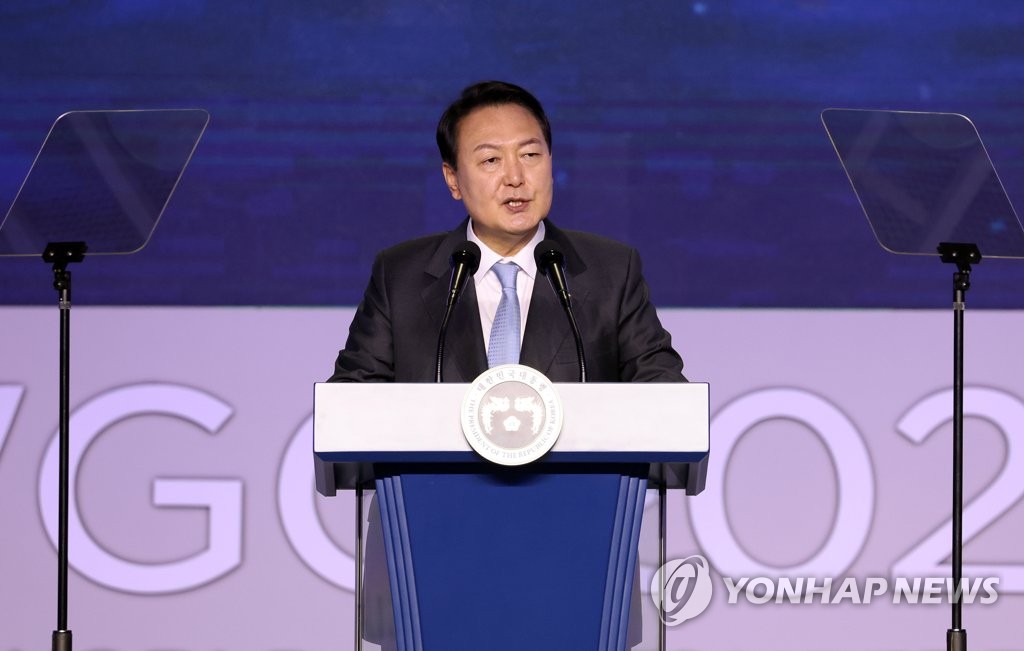 Yoon took office earlier this month after being elected on a pledge to scrap the nuclear phase-out policy of the previous Moon Jae-in administration.

He acknowledged the importance of natural gas in meeting global energy demand and its benefits for reducing greenhouse gas and fine dust emissions.

"But we need to adopt a more long-term approach and work for change and innovation to dramatically reduce carbon emissions and transition to hydrogen industries," he said.

"The government will expand investment in developing technologies to reduce carbon emissions and secure a base for hydrogen production at home and abroad to build a stable hydrogen supply chain," he added.

South Korea first introduced natural gas to the country in 1986. Since then, it has become the world's third-largest importer of liquefied natural gas (LNG) and the top exporter of LNG carriers, according to the presidential office.

The country also has the second-largest amount of LNG reserves.