SEOUL, May 24 (Yonhap) -- The end-of-season accolades are pouring in for Son Heung-min, Tottenham Hotspur's South Korean star who became the first Asian winner of the Premier League Golden Boot over the weekend.

Sky Sports named Son to its "Team of the Season" in the Premier League, putting him alongside Son's Tottenham teammate Harry Kane and the joint Golden Boot winner, Mohamed Salah of Liverpool. 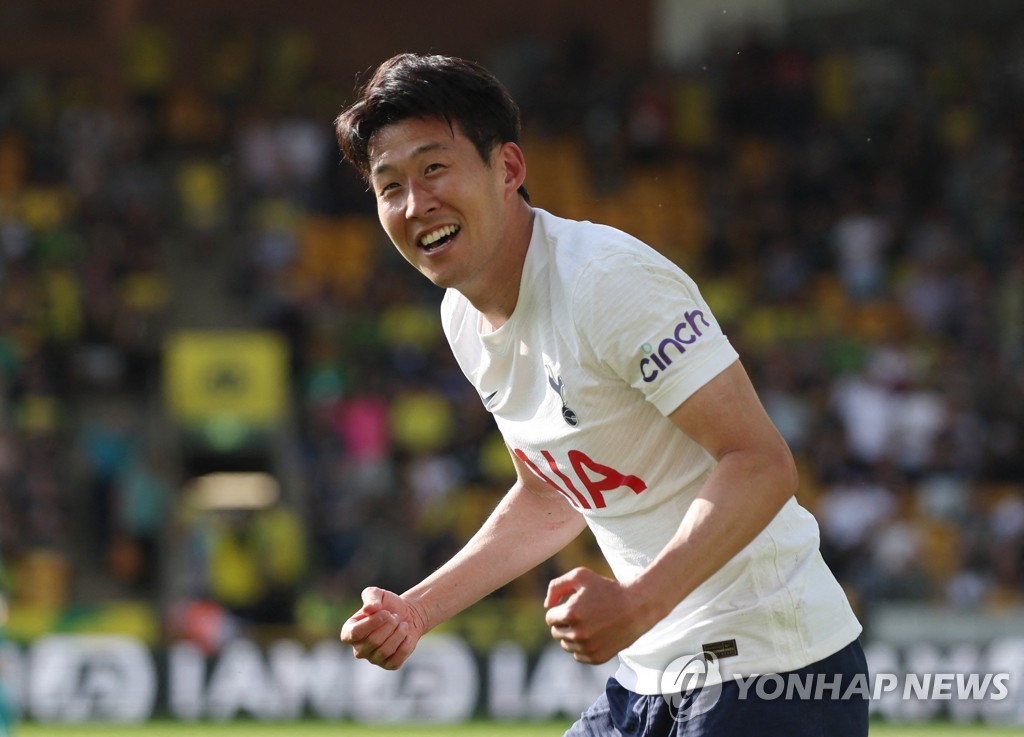 Son scored twice in the second half of a 5-0 win over Norwich City on Sunday and finished tied with Salah at 23 goals. In the Premier League, the scoring title is shared among players with the same number of goals, with no tiebreaking involved.

Son also topped Sky Sports' power rankings at the end of the season with 81,031 points, nearly 7,000 points ahead of Salah.

These power rankings points are based on points awarded to players for 35 different statistics, including goals, assists, blocks and tackles.

"Son was involved in a league-high 23 non-penalty goals during the campaign and produced a string of breathtaking performances," Sky Sports said.

BBC also put Son on its Team of the Season, with Salah and another Liverpool player, Sadio Mane.

BBC noted how Son "held the fort" for Spurs, while Kane was off to a sluggish start to the season over his failed transfer to Manchester City.

"Son was outstanding throughout and his performances for that spell alone deserve recognition," BBC added in its blurb on Son.

On Son's Golden Boot, BBC said, "It's a fitting tribute to mark his goal-scoring efforts this season."

The right-footed Son scored 12 of his 23 goals with his left foot. He also became the 10th Golden Boot winner without the benefit of a penalty. Of them, Son's 23 goals were the fourth-highest total.

Son is scheduled to arrive back in South Korea on Tuesday and report to the national team training camp next Monday for World Cup tuneup matches set for June. 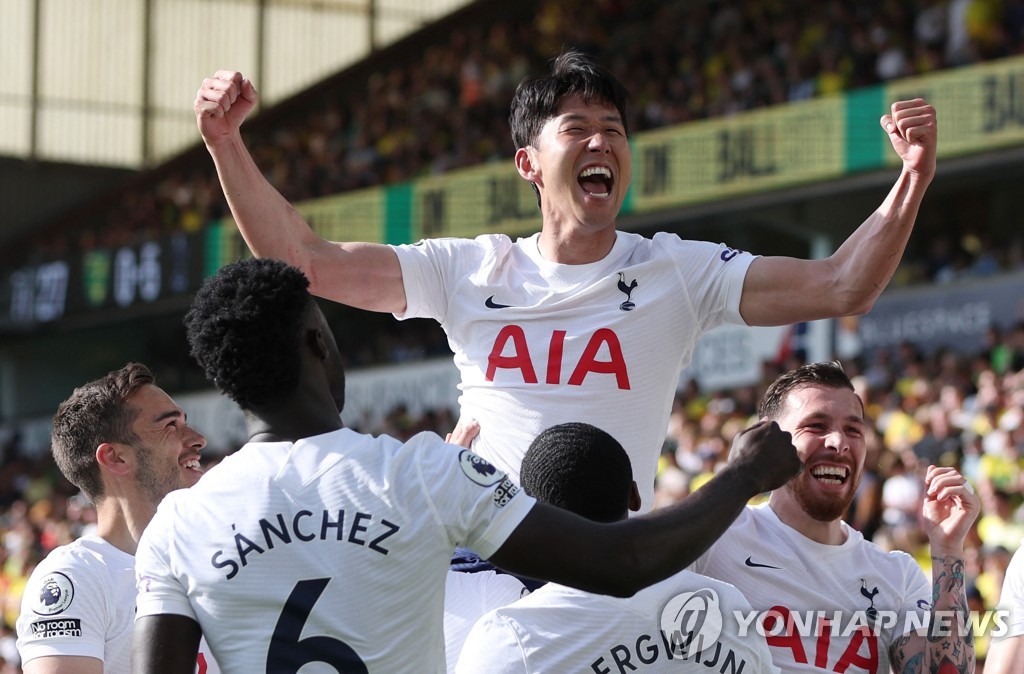