SEOUL, May 24 (Yonhap) -- Prime Minister Han Duck-soo said Tuesday there is a need for the government to be guided by the market in adopting corporate regulations.

Han made the remarks as he presided over his first meeting with ministers on reforming regulations earlier in the day.

"Rather than directly regulating corporate activities, the government needs to leave it to the market's judgment," Han said.

Without direct regulations, some foreign companies set their own standards much higher than those set by law for fear of market retaliation, Han said.

Han said President Yoon Suk-yeol "is very determined to innovate regulations," calling for all ministries to establish a task force to reform regulations.

Yoon has promised to give his full support to companies if they create more jobs and increase domestic investment.

Yoon also pledged to let the private sector drive economic growth and to remove around 80 types of regulations that he said were tying up businesses, although the details still remain sketchy.

During the meeting, Han told Lee that reforming regulations is one of the top priorities for the government to help the economy stay on its robust recovery path.

Han also asked the PPP to make efforts for the National Assembly to approve an extra budget bill as scheduled.

The National Assembly is reviewing the government's proposed record extra budget of 59.4 trillion won (US$46.8 billion), as the country seeks to compensate small merchants for their losses caused by stricter containment rules.

Lee told Han that rising inflation is one of the biggest economic concerns and the government should draw up plans to stabilize prices of oil and daily necessities. 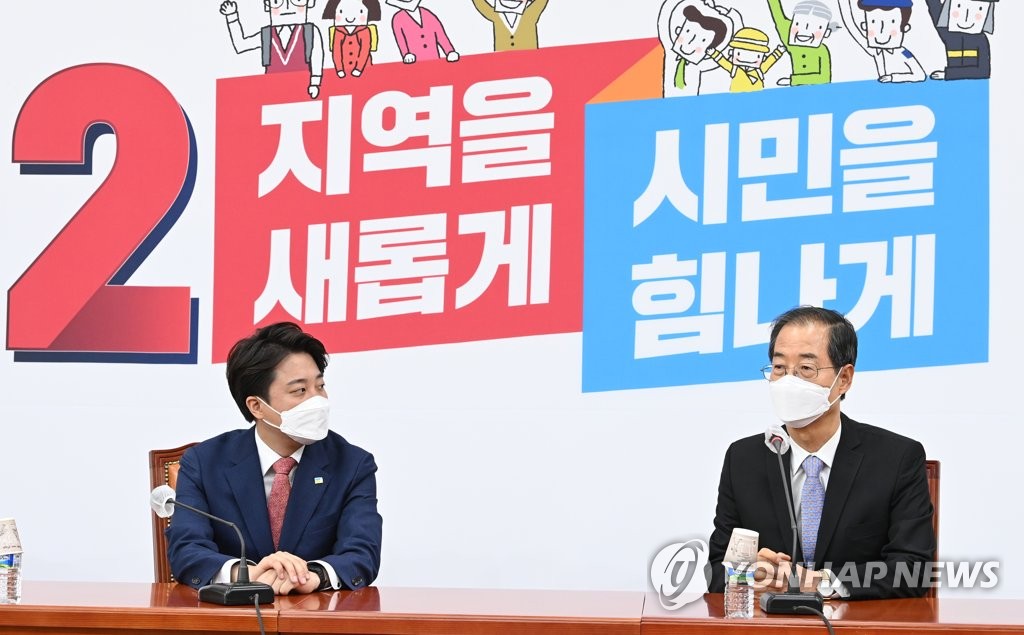