SEOUL, May 24 (Yonhap) -- South Korea's Hyundai Motor Group said Tuesday it will invest 63 trillion won (US$49.8 billion) in its domestic businesses by 2025 in the latest move to become a future mobility solutions provider.

The group's three major affiliates -- Hyundai Motor Co., Kia Corp. and Hyundai Mobis Co. --will make the investments in their domestic production facilities, electrification, autonomous driving and other next-generation technologies to serve as the "hub of the group's future businesses," the group said in a statement.

"The group will strengthen its business competitiveness and lead the paradigm shift in the automobile industry based on the aggressive domestic investments," the statement said. 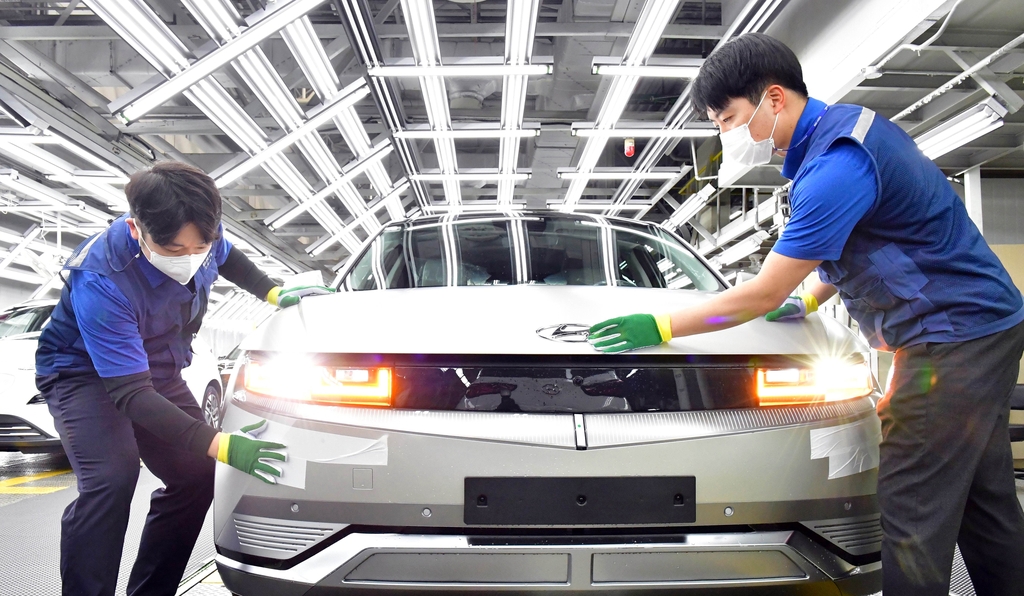 The latest move came just days after Hyundai Motor Group Chairman Euisun Chung announced investments of a total of $10.54 billion to build a dedicated electric vehicle plant in the U.S. state of Georgia and to develop robotics and autonomous driving technologies in the United States.

Hyundai Motor, Kia and Hyundai Mobis will spend a combined 16.2 trillion won out of 63 trillion won to gain a competitive edge over rivals in all-electric and environment-friendly vehicles, the statement said.

The group will also partner with external partners to establish 5,000 high-speed EV chargers across the country by the same year, the statement said. The group has built 100 high-speed chargers and will increase the number to 120 by the end of this year.

Kia plans to build a purpose-built vehicle plant in its Hwaseong plant, just south of Seoul, by 2024, with an aim to start production in late 2025.

The three will spend the remaining 38 trillion won into R&D activities and performance improvement of Hyundai and Kia's existing combustion engine vehicles, it said.

Eight out of 10 vehicles sold by Hyundai and Kia will still be powered by combustion engines in 2025, the group said.
Hyundai Motor plans to roll out 17 EV models by 2030, including six Genesis models, with its smaller affiliate Kia scheduled to release 14 EVs by 2027.

Hyundai Motor and Kia, which together form the world's fifth-biggest carmaker, aim to sell 3.23 million EVs, including 840,000 units in the U.S., in 2030 to account for 12 percent of the global EV market. Their share stood at 5 percent last year. 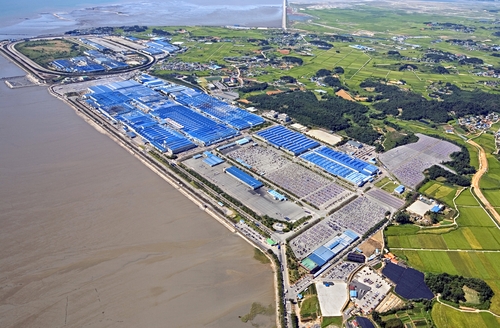