SEOUL, May 24 (Yonhap) -- Korean auteur Park Chan-wook's latest feature "Decision to Leave" has been sold to 192 countries across the world, its distributor said Tuesday.

Distributors, like Mubi, which theatrically releases films in North America, Britain, Turkey and India, Bac Films of France and Koch Films of Germany, purchased rights to distribute the movie competing for the Palme d'Or at the ongoing Cannes Film Festival, said CJ ENM.

In France, Bac Films has decided to release "Decision to Leave" on June 29, while others will set up a schedule for theatrical release in their respective countries after the Cannes festival, it added.

CJ ENM's other Cannes-competing film "Broker," directed by Hirokazu Kore-eda, has been sold to 171 countries.

"Decision to Leave," which premiered at the 75th Cannes Film Festival on Monday as one of the in-competition films of the festival, is a love story between a police detective and a woman suspected of murdering her husband. 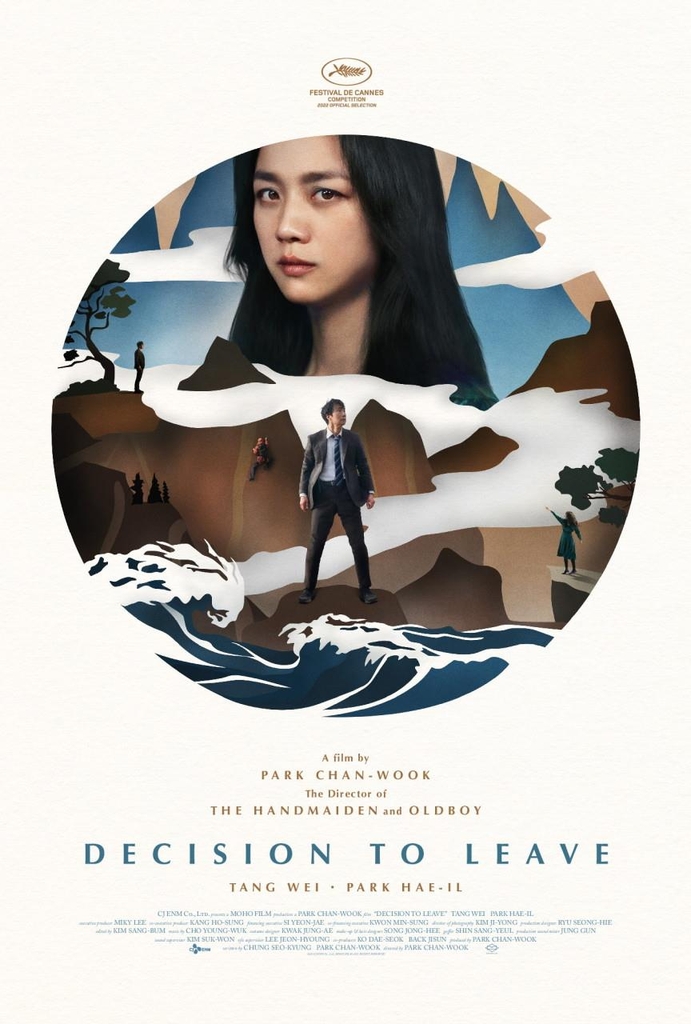