SEOUL, May 24 (Yonhap) -- South Korea conducted air force training involving dozens of warplanes, including F-35A stealth fighters, on Tuesday, informed sources said, in a show of airpower amid concerns about the possibility of North Korea's nuclear or long-range missile test.

During the "Elephant Walk" training, the fully armed jets taxied in a formation along an unspecified airfield to practice standard pre-take-off procedures and check their readiness, the sources said.

Earlier in the day, Seoul's Joint Chiefs of Staff said that Pyongyang appears to have completed its preparations for a new nuclear and missile test, and highlighted its firm readiness against the recalcitrant regime's possible provocations.

The South last held the Elephant Walk training mobilizing F-35As on March 25, a day after the North test-fired an intercontinental ballistic missile (ICBM) in a launch that ended its yearslong self-imposed moratorium on nuclear and ICBM tests. 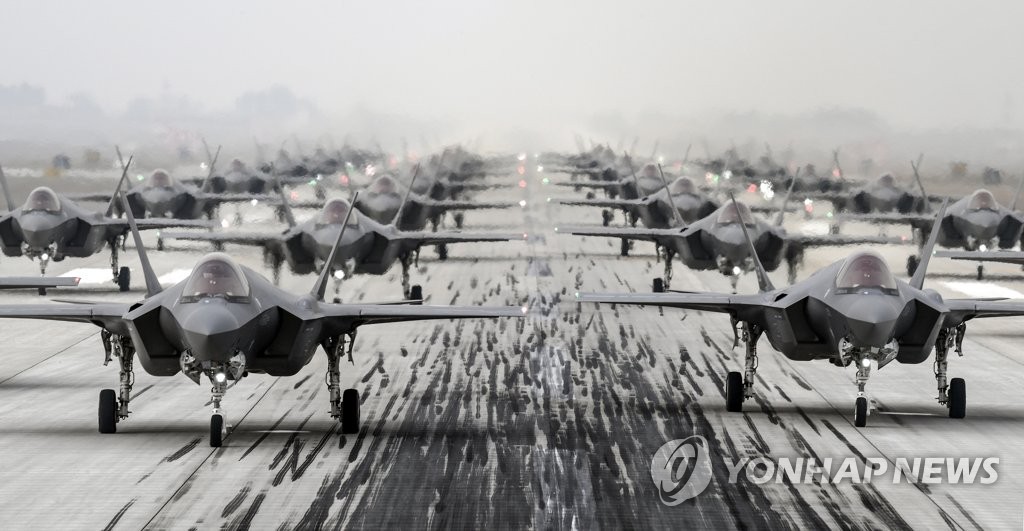