SEOUL, May 24 (Yonhap) -- South Korea plans to send a one-star Navy officer to lead a multinational maritime training as part of a U.S.-led military exercise set to kick off in waters off Hawaii next month, Seoul officials said Tuesday.

The rear admiral lower half will command the Expeditionary Strike Group (ESG) training during the biennial Rim of the Pacific Exercise (RIMPAC) slated to run from late June to August, according to the Navy.

It marks South Korea's first dispatch of such a high-level Navy officer to the biennial RIMPAC. Previously, the country sent a captain to represent it at the exercise.

For this year's RIMPAC, the Navy plans to send a 14,500-ton amphibious assault ship and a 1,800-ton submarine.

Launched in 1971, the RIMPAC is designed to enhance cooperation among participating countries in securing sea lines of communication and countering potential security challenges at sea.

South Korea's participation in this year's edition marks its 17th. The country first joined the exercise in 1990. 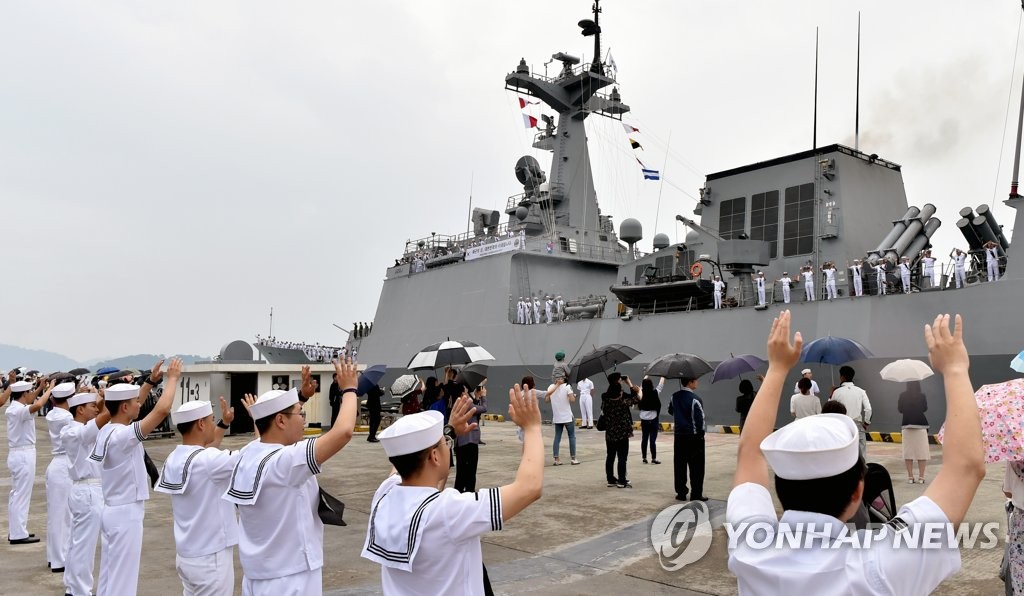