WASHINGTON, May 24 (Yonhap) -- South Korea and the United States should bolster their joint defense readiness against North Korea's evolving threats, a group of experts from both countries said Tuesday.

They also urged the two countries to enhance their policy coordination on issues related to China amid the intensifying rivalry between Washington and Beijing.

"In the face of growing North Korea's nuclear and missile threats, it is urgent to reassure the ROK and strengthen US extended deterrence," the experts said in a document, titled, "Recommendations for the US-ROK Strategic Alliance and Global Partnership."

"The extended deterrence commitment to the ROK refers to Washington's pledge to devote the full range of its military and diplomatic capabilities to deter and, if needed, defeat an attack on South Korea by North Korea or other potential aggressors," they added. 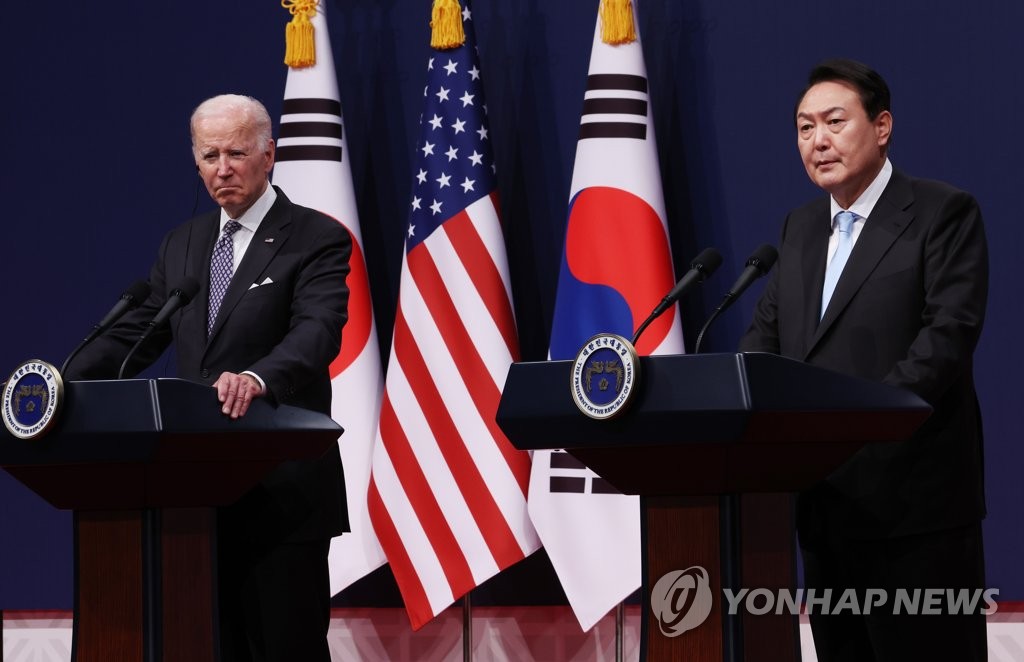 The recommendations, published by the George Washington Institute for Korean Studies (GWIKS), are the outcome of three roundtable meetings of 14 former government officials, current and former government advisors and senior scholars from South Korea and the U.S., according to GWIKS.

The recommendations come after U.S. President Joe Biden and his South Korean counterpart, Yoon Suk-yeol, agreed to bolster their countries' deterrence and defense against North Korea in a bilateral summit held in Seoul over the weekend. Biden made a three-day visit to South Korea as part of his first Asia trip that later took him to Japan.

North Korea staged 16 rounds of missile tests so far this year, and the U.S. believes the country is poised to conduct its seventh nuclear test in the near future. Pyongyang last conducted a nuclear test in September 2017.

"Denuclearization is not a short-term project, but complete, verifiable, irreversible denuclearization (CVID) should remain the long-term goal," said the experts.

"Defending South Korea against North Korean provocations remains the core objective of the US-ROK alliance, but the alliance must not lose sight of the common goal of a Korean peninsula that is whole, democratic, and free of nuclear weapons," they added.

The experts also highlighted the need for the allies to enhance their cooperation on economic issues. 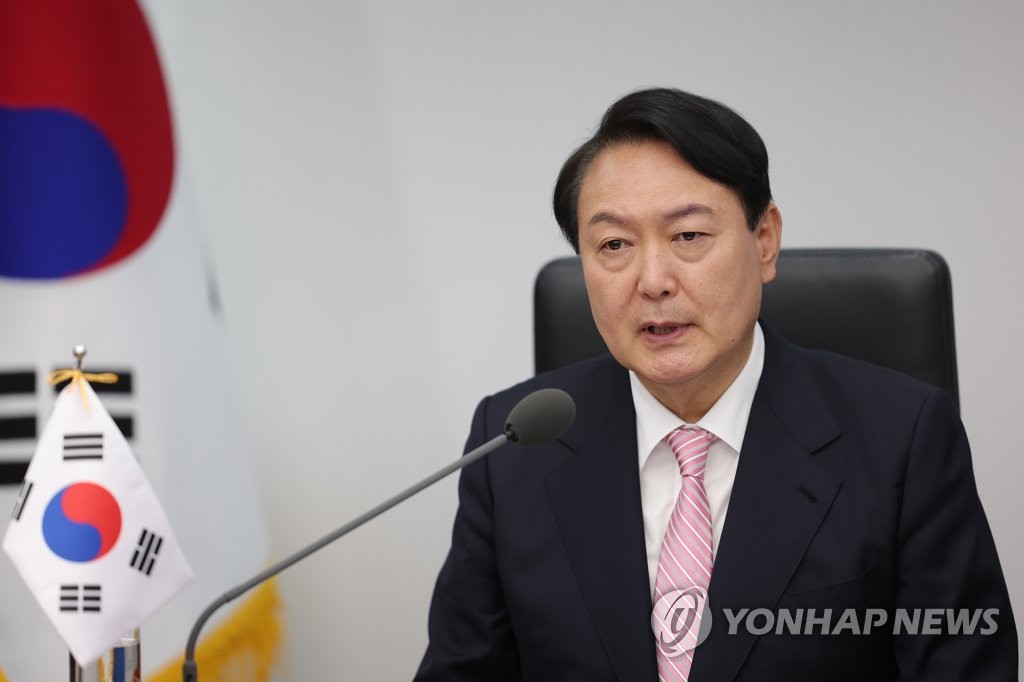 "South Korea and the United States should cooperate to bolster free and open regional multilateralism as a foundation of long-term prosperity and stability in the Indo-Pacific," they said.

South Korean President Yoon has clearly stated his country's intention to join the U.S.-led Indo-Pacific Economic Framework (IPEF), which is widely viewed as a move to counter China's growing economic presence in the region, if not exclude China from global supply chains.

"Seoul and Washington should cooperate to develop more secure, diverse supply chains for industry and reduce overreliance on China or any other one source," the experts said, also calling on Seoul and Washington to strengthen their cooperation on "China-related issues."

"South Korea and the United States should establish a strategic government dialogue akin to the consultations between the United States and European Union to achieve US-ROK alliance coordination on China-related issues and promote better mutual understanding and coordination," they added.