WASHINGTON, May 24 (Yonhap) -- The United States remains concerned about a possible nuclear test North Korea may decide to conduct in the near future and will work to hold the country accountable if it stages such a provocation, a state department spokesperson said Tuesday.

"We share the concern that North Korea may be on the verge of another provocation," the department spokesperson, Ned Price, said in a press briefing.

The remarks come after South Korean military officials reaffirmed that Pyongyang may have completed all preparations for a nuclear test. 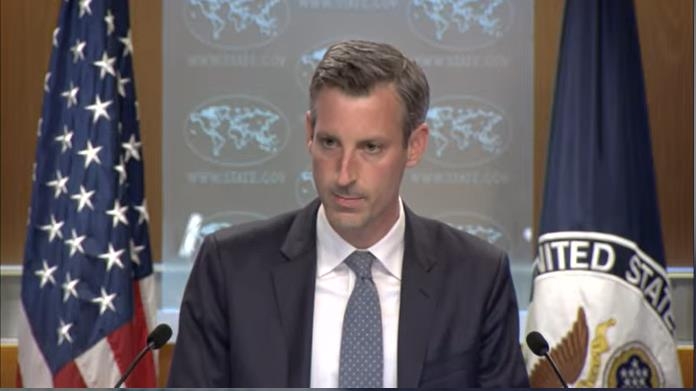 "We have spoken of our expectation that the DPRK may undertake an additional provocation, either during the course of the president's visit to the region which is now essentially concluded, or in the days that follow," said Price, referring to President Joe Biden's trip to South Korea and Japan that ended Tuesday (local time).

"Our concern for another potential provocation, be it an ICBM launch, be it a potential seventh nuclear weapons test, our concern has not abated in any way," added Price.

Price underscored the importance of holding Pyongyang accountable for its provocations.

"We believe it is important for the international community to weigh in on the side of accountability for these provocations, to impose costs on the DPRK for its continued provocations," he said.

Price added the U.S. will continue to work with its allies, including South Korea and Japan to "impose appropriate costs on the DPRK should its provocations continue as we are concerned they might."