The presidential office released the statement shortly after Yoon presided over a National Security Council meeting to discuss North Korea's launch of three ballistic missiles, including a presumed intercontinental ballistic missile, earlier in the day.

"The participants defined North Korea's missile launch as a grave provocation that violates U.N. Security Council resolutions, raises tensions on the Korean Peninsula and in Northeast Asia and threatens international peace, and strongly condemned this," it said in the statement.

The launches came only days after Yoon and U.S. President Joe Biden held a summit in Seoul.

"In particular, President Yoon ordered that the readiness posture be maintained at all times to ensure no gap in the security of the Republic of Korea, and the implementation of practical measures for the activation of extended deterrence and strengthening of the South Korea-U.S. combined defense posture, as agreed upon by the leaders of South Korea and the United States," the office said. 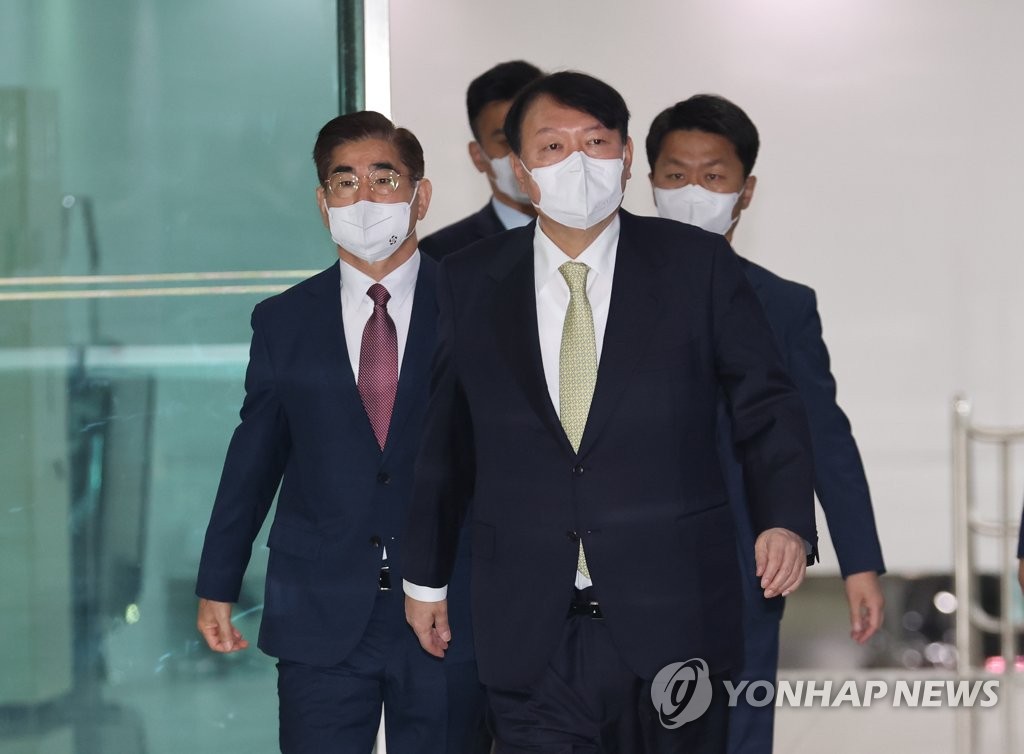