The presidential office released the statement shortly after Yoon presided over a National Security Council meeting to discuss North Korea's launch of three ballistic missiles, including a presumed intercontinental ballistic missile, earlier in the day.

"The participants defined North Korea's missile launch as a grave provocation that violates U.N. Security Council resolutions, raises tensions on the Korean Peninsula and in Northeast Asia and threatens international peace, and strongly condemned this," it said in the statement.

"President Yoon ordered the thorough implementation of international sanctions against North Korea, including U.N, Security Council resolutions, based on coordination between South Korea and the United States, and in close cooperation with relevant nations and the international community," it added. 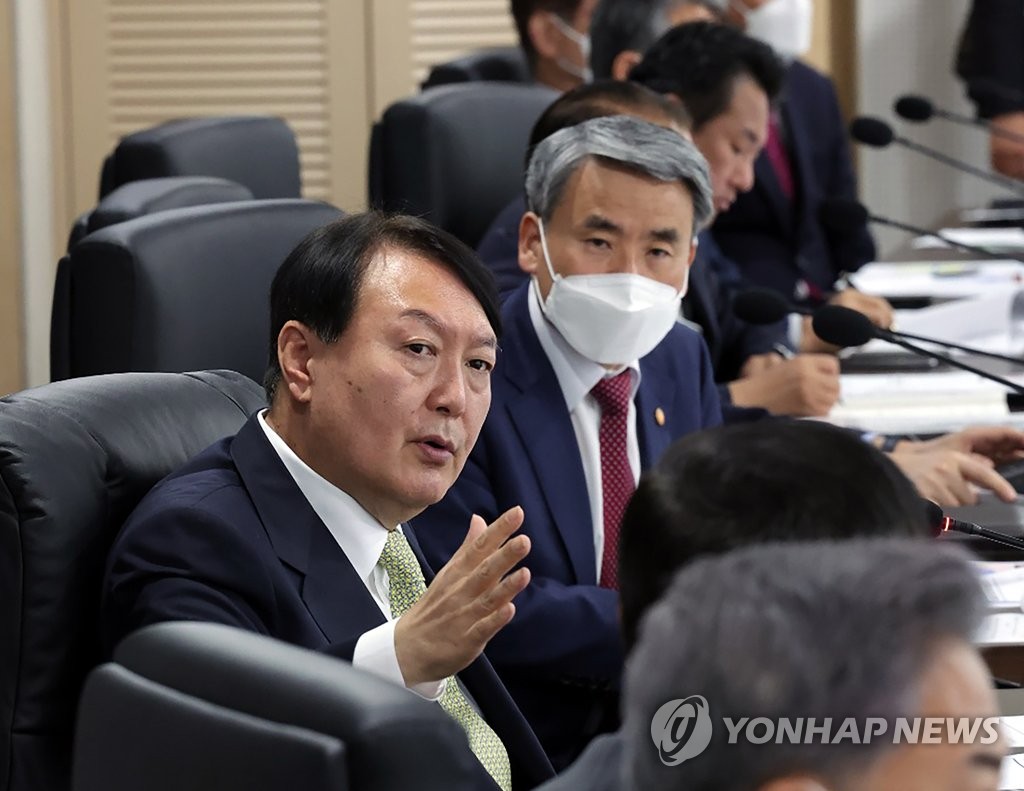 North Korea's launches came only days after Yoon and U.S. President Joe Biden held a summit in Seoul last weekend and less than a day after Biden left Japan to return to Washington at the end of his first visit to Asia as president.

During the NSC meeting, the participants took note of the timing, saying the missiles were fired after Saturday's summit and before Biden arrived in the U.S.

Both Seoul and Washington had said North Korea could launch an ICBM or test a nuclear weapon during or around the U.S. president's visit to the region.

Extended deterrence is the notion that the U.S. would deploy its full range of military assets to defend its ally, South Korea, in the event of a contingency.

Yoon drew on the agreement during the NSC meeting.

"In particular, President Yoon ordered that the readiness posture be maintained at all times to ensure no gap in the security of the Republic of Korea, and the implementation of practical measures for the activation of extended deterrence and strengthening of the South Korea-U.S. combined defense posture, as agreed upon by the leaders of South Korea and the United States," the office said.

The meeting at the presidential office began at 7:35 a.m., about 1 1/2 hours after the launch of the first missile, and lasted for just over an hour.

After being briefed on the launches and the military's readiness posture, Yoon instructed each government ministry to thoroughly check their impact and to prepare fully to ensure no harm to people's daily lives and the economy, according to his office.

In a separate statement, the South Korean government said it "strongly condemns" the launches as "an illegal act that directly violates U.N. Security Council resolutions and a grave provocation threatening peace on the Korean Peninsula and in the international community."

It warned that North Korea's continued provocations "will only end in even stronger and swifter combined deterrence between South Korea and the United States, and bring about North Korea's international isolation."

The government reiterated its readiness to respond strongly and effectively to any provocative act by North Korea and to take practical steps based on a firm South Korea-U.S. alliance to defend South Korea's security and its people.

It further urged Pyongyang to abide by U.N. Security Council resolutions, which ban the country from using ballistic missile technology, and to engage in dialogue for the establishment of peace on the peninsula. 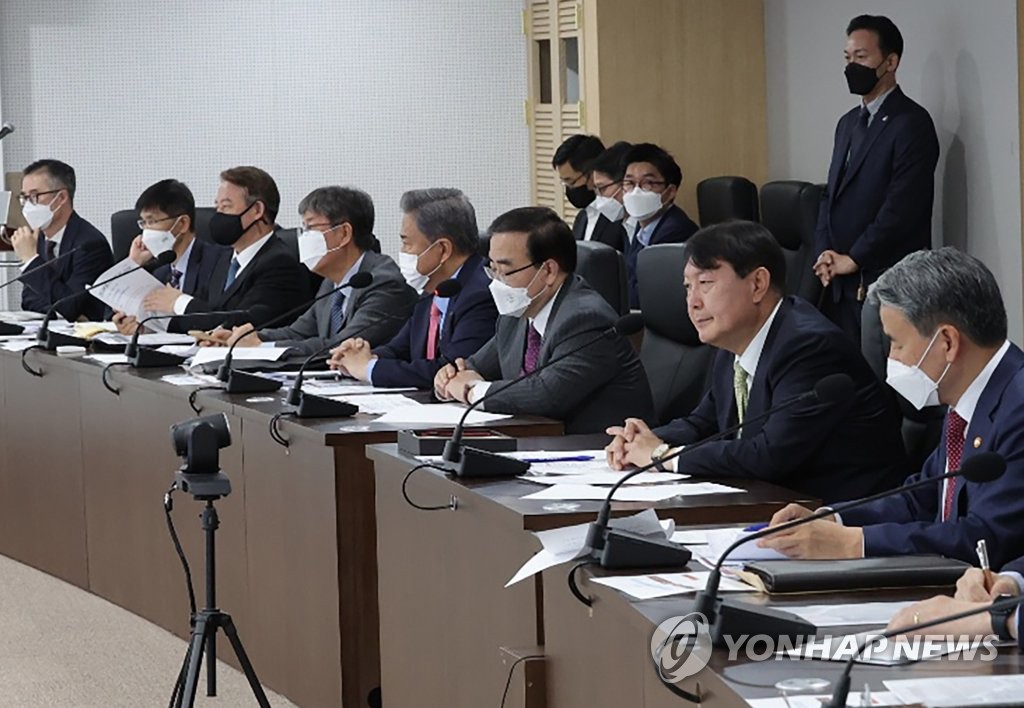