SEOUL, May 25 (Yonhap) -- South Korea, the United States and 16 other countries on Wednesday launched an association meant to boost cooperation in the development of the hydrogen industry, Seoul's industry ministry said.

The member countries of the Global Hydrogen Industrial Association Alliance (GHIAA) shared the current status of their hydrogen industry and related policy measures at an inaugural meeting at a Seoul hotel.

The South Korea-led alliance will set up a network and data hub in the hydrogen field to boost cooperation in terms of deregulation, policy steps, and technology development, according to the Ministry of Trade, Industry and Energy.

The participating countries include China, Britain, Germany and Singapore.

South Korea was chosen as the first chair country of its secretariat, and the office was set up in Seoul.

During the forum, South Korea's Second Vice Industry Minister Park Il-jun vowed to set up large-scale hydrogen production bases, and delivery and storage facilities at home and abroad as part of effort to develop the ecosystem from its production to distribution and utilization.

The move comes as South Korea is pushing to boost the supply of power from clean and renewable energy sources while weaning the country off nuclear and coal-fired plants. 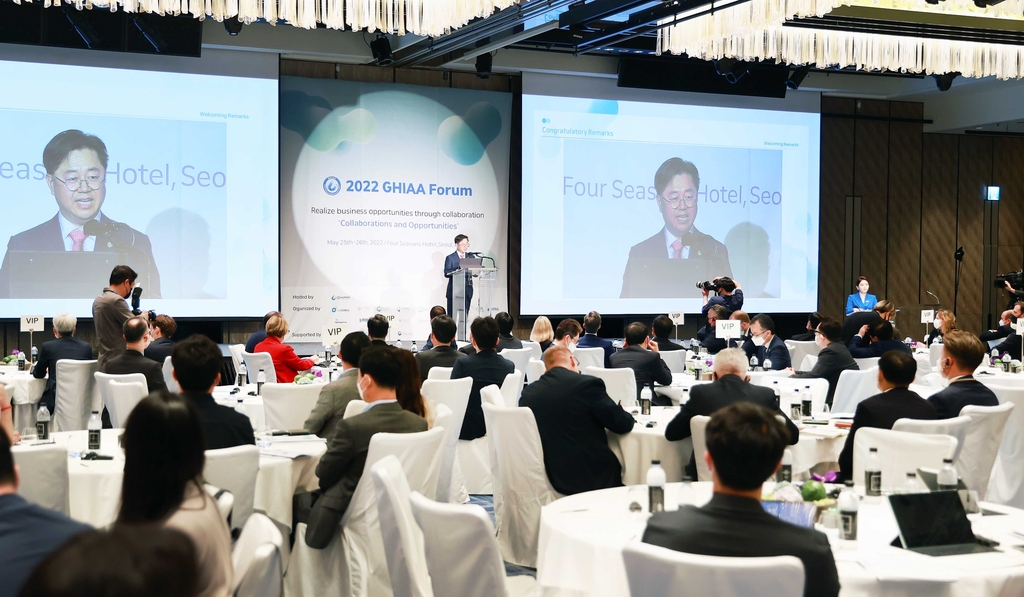