SEOUL, May 25 (Yonhap) -- The Toronto Blue Jays' South Korean starter Ryu Hyun-jin has made four appearances so far this year. In terms of performances, there is a distinct demarcation line between the first two and the last two of those outings.

In the first two games, Ryu struggled with command of his pitches and his fastball velocity, never that high to begin with, left much to be desired. He was rocked to the tune of 11 earned runs in 7 1/3 innings for a 13.50 ERA. Ryu went through a rough spell in the second half of 2021, and that seemed to have carried over into 2022. 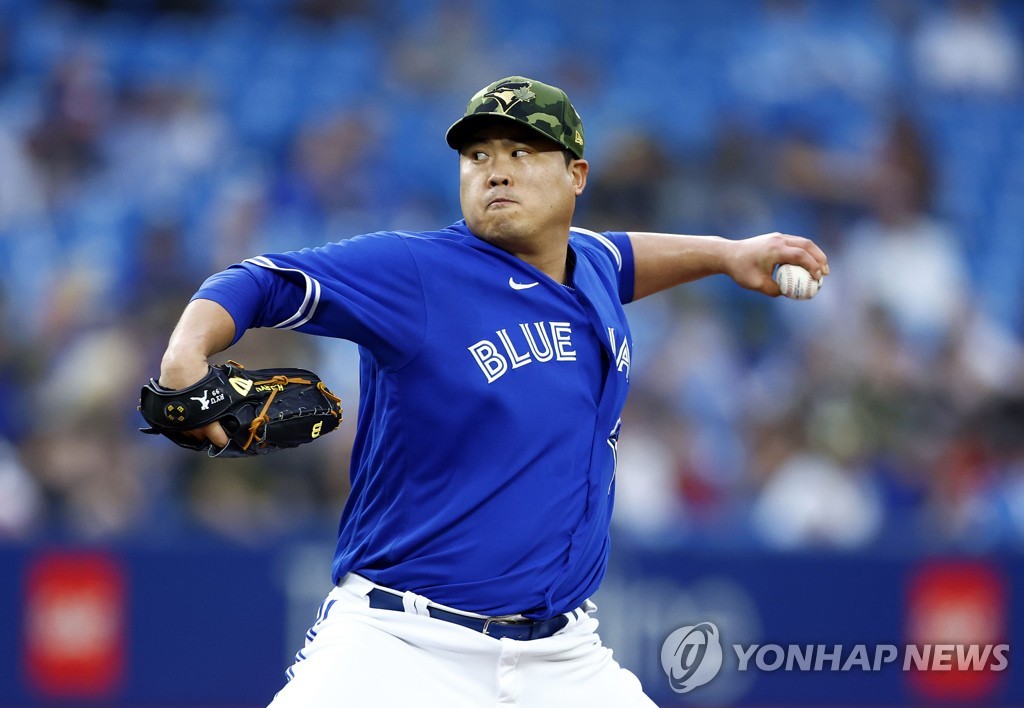 Ryu then landed on the injured list (IL) on April 17 with left forearm inflammation. After missing about a month, Ryu returned looking far better than he did earlier in the season.

He exhibited much-improved command in his past two starts, and his fastball velocity ticked up. Ryu has also been able to throw his breaking pitches for strikes. He has limited opponents to one earned run in 10 2/3 innings, a 0.84 ERA, in those two games.

In other words, the Blue Jays have seen the vintage Ryu since he rejoined the rotation, the one that they hoped they were acquiring when they handed him a four-year, US$80 million contract at the end of 2019.

In his first game back on May 14, Ryu held the Tampa Bay Rays to a run on four hits in 4 2/3 innings. He got the hook with two outs in the fifth, after his pitch count had reached 71.

Six days later, Ryu held the Cincinnati Reds scoreless over six innings, while striking out three and walking none. He threw his season-high 78 pitches.

Against the Rays, Ryu touched a season-high 92.1 mph with his four-seam fastball, and averaged 90.3 mph for the game. His seasonal average at the time was 89.8 mph. 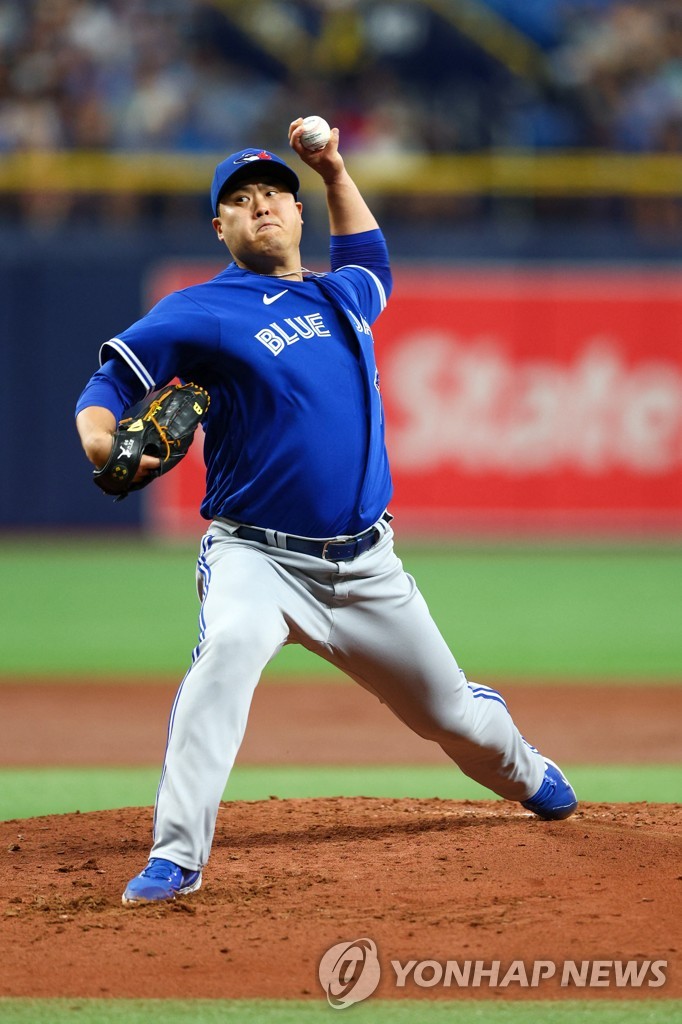 In the Reds game, Ryu averaged 89.6 mph with the fastball but set a new season-high with a 92.9 mph pitch in the first inning. Ryu also threw five fastballs at or over 91 mph and even reached that mark in the sixth inning, his final inning of work.

Ryu won't blow those low-90s fastballs by that many hitters. But coming from a finesse pitcher like him, a 92 mph pitch can seem much faster to hitters, especially when they expect something around the high-80s.

In Toronto manager Charlie Montoyo's words, Ryu's fastballs "explode a little bit more" when they sit around 90-91 mph, rather than in the 88-89 mph range.

"That fastball explodes more in the zone. It's tougher to hit," Montoyo said after Ryu's most recent start Friday.

Another key to Ryu's recent success has been his ability to command his breaking pitches. He threw 16 curveballs against the Reds and seven of them were called for a strike.

"He's back to himself," Montoyo said of Ryu. "He's commanding his pitches. He's throwing his breaking pitches for strikes. And when you see that, that's when he pitches well. That's what he's done in his last two starts." 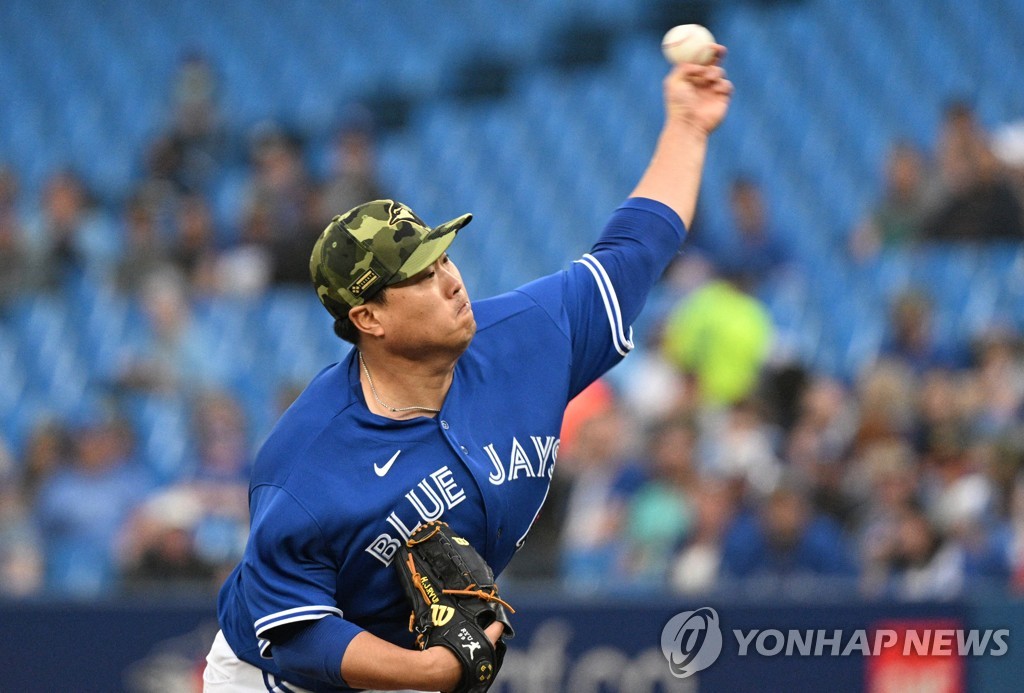 Ryu is now in Year 3 of his hefty contract, which, at the time, was the most lucrative free agent deal for a pitcher in Blue Jays' history. Ryu had just led the majors with a 2.32 ERA and finished second in the National League Cy Young Award voting in 2019. But he was also entering his age-33 season. The back end of that deal was always going to look ugly, at least compared to the first couple of years.

Ryu's adventurous second half of the 2021 season seemed to indicate his decline might have arrived before the Blue Jays had hoped that it would.

But his two most recent starts have been certainly encouraging. And unlike in the first year with Toronto, Ryu doesn't have to carry the burden of being the team's No. 1 starter. The Blue Jays acquired former Minnesota Twins ace Jose Berrios in a trade last summer and gave him a seven-year extension over the winter. They also signed prized free agent starter Kevin Gausman to a five-year deal in December. Sophomore Alek Manoah has been lights out so far this year, boasting a 1.62 ERA to rank fourth in the majors.

As long as Ryu can hold the fort in his turn in the rotation, the Blue Jays would be more than happy.

They will now wait and see which version of Ryu will show up in his next start, likely Thursday on the road against the Los Angeles Angels.

The Angels will likely start their two-way sensation Shohei Ohtani. Any Korea-Japan pitching duel in the majors draws huge interest in both rival countries, and Ohtani, the reigning American League MVP, will also be hitting for the Angels.

Ryu has never faced Ohtani before. 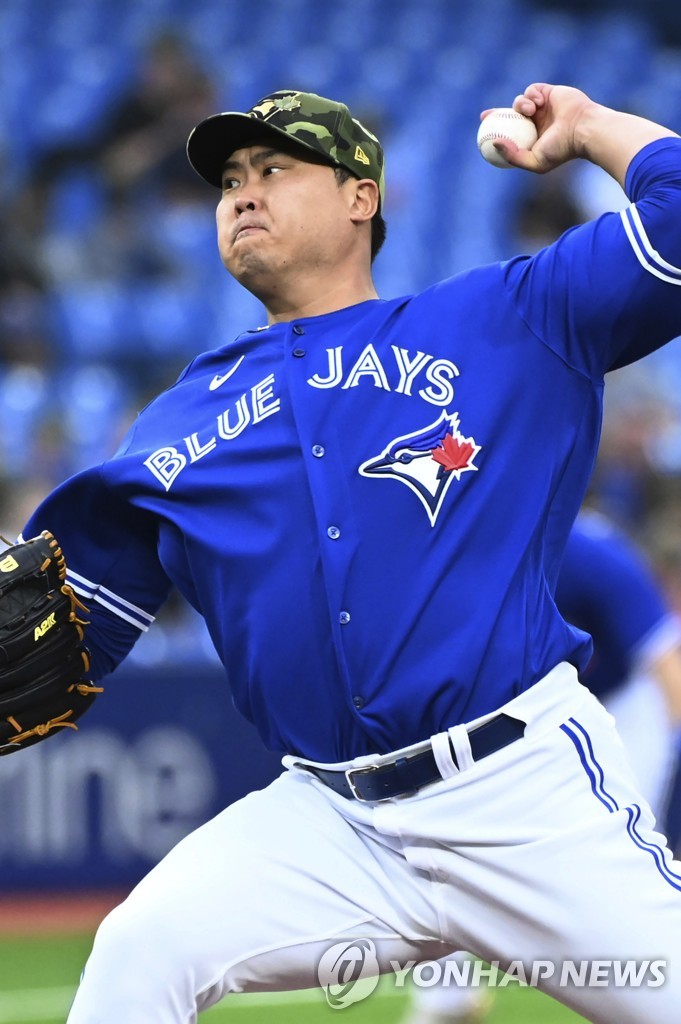