SEOUL, May 25 (Yonhap) -- Tampa Bay Rays' first baseman Choi Ji-man has gone deep for the first time in more than a month.

Choi blasted a two-run home run in the bottom of the sixth inning against the Miami Marlins at Tropicana Field in St. Petersburg, Florida, on Tuesday (local time), helping the Rays to a 4-0 victory. 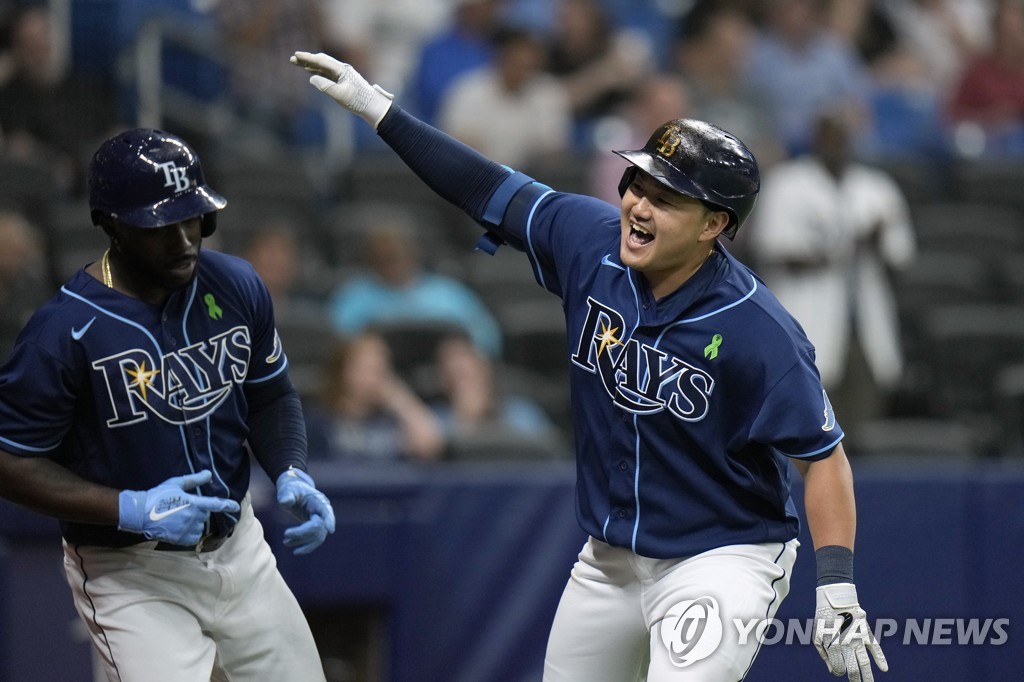 Choi's homer, off Miami starter Pablo Lopez, was his first long ball since April 13 against the Oakland Athletics, and his third of this season.

Choi missed time at the end of April and the beginning of May with right elbow issues. Since returning to action on May 8, Choi had batted only 7-for-39 prior to Tuesday.

The South Korean player, who doubled in the bottom of the eighth, went 2-for-4 to raise his line to .282/.380/.471 for the season. It was Choi's second-straight multihit game. 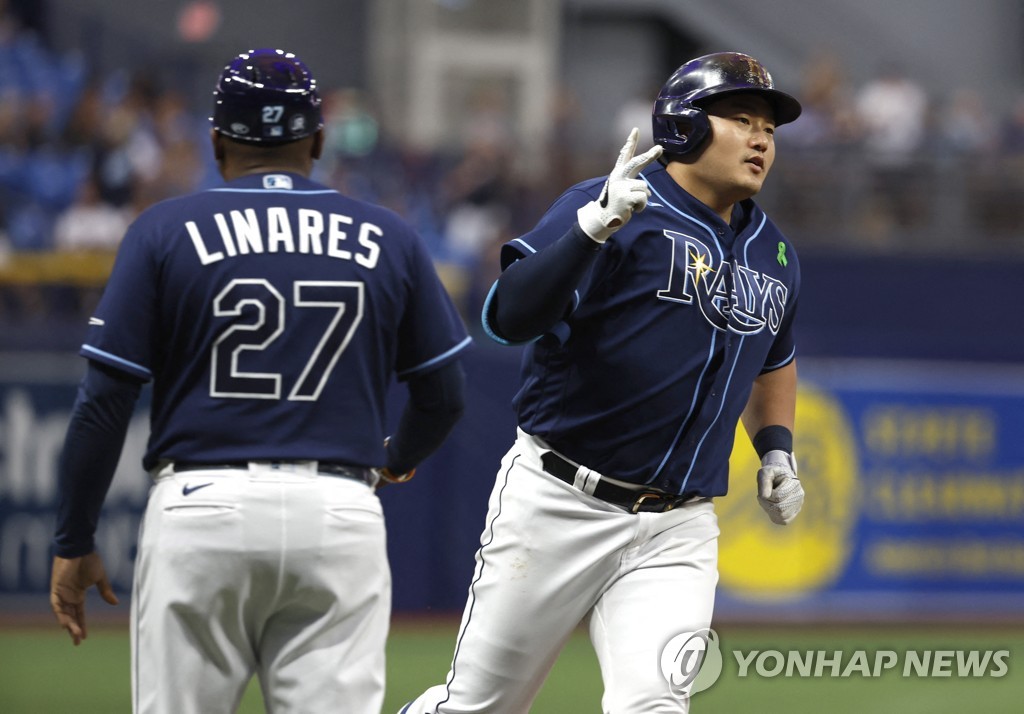