SEOUL, May 25 (Yonhap) -- The number of South Koreans who moved to different residences in the country sank to a 48-year low in April amid population aging and fewer housing transactions, data showed Wednesday.

The number of people who changed their residences came to 483,000 last month, down 18.7 percent from a year earlier, according to the data compiled by Statistics Korea.

The drop resulted mainly from the decreasing number of people in their 10s, 20s, 30s and 40s, who tend to vibrantly change their residences, amid low birthrates and rapid aging.

The population mobility rate -- the percentage of those relocating per 100 people -- amounted to 11.4 percent in April, down 2.6 percentage points from a year earlier and the lowest tally since related data tracking began in 2000.

Seoul chalked up the biggest net outflow of 4,166 in April, while Gyeonggi Province, the most populous province that surrounds Seoul, registered the largest net inflow of 3,588.

The contrasting figures come as a growing number of Seoulites move to the adjacent province in search of cheaper houses. 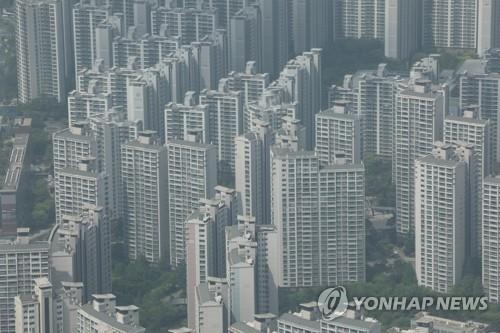