SEOUL, May 25 (Yonhap) -- South Korea's overseas financial assets soared to an all-time high in the first quarter of this year on the back of the growth in foreign direct investment, central bank data showed Wednesday.

The country's external financial assets came to $2.19 trillion as of end-March, up $10.9 billion from three months earlier, according to preliminary data from the Bank of Korea (BOK).

It is attributable to the growth of South Koreans' direct foreign investment and their increased purchase of financial derivatives, while stock investment marked an on-quarter decline for the first time since early 2020 amid the lackluster global stock market and a strong dollar.

The ratio of short-term foreign debt to foreign reserves jumped to 38.2 percent in the first quarter from the previous quarter's 35.6 percent, but the figure still remains low compared with other nations, such as China and Malaysia, the BOK said. 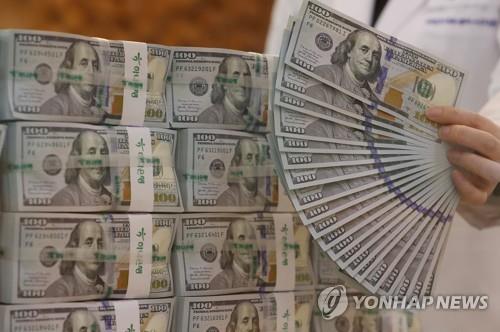