SEOUL, May 25 (Yonhap) -- Rival parties on Wednesday failed to reach an agreement on a government-proposed extra budget bill designed to support the pandemic-hit small merchants despite calls to swiftly pass the spending plan.

The representatives of the ruling People Power Party (PPP) and the main opposition Democratic Party (DP) on the parliamentary budget committee met for consultations, but their talks broke down only after 10 minutes as the two sides ran in parallel over the size of the supplementary budget.

The government earlier proposed an extra budget of 59.4 trillion won (US$47 billion), with 36.4 trillion won set aside for compensating losses of small merchants hit by social distancing restrictions.

Under the proposal, some 3.7 million merchants and micro business owners will be eligible for cash handouts of between 6 million won and 10 million won each.

While the PPP backed the government's plan of 36.4 trillion won, the DP has been demanding that the budget allocated for small businesses should be larger.

The DP reportedly proposed spending of over 50 trillion won for small merchants, which includes a budget for retroactive coverage of their losses and emergency loan programs.

The two parties, however, are expected to continue negotiations under the table as they earlier targeted to pass the bill no later than this month. 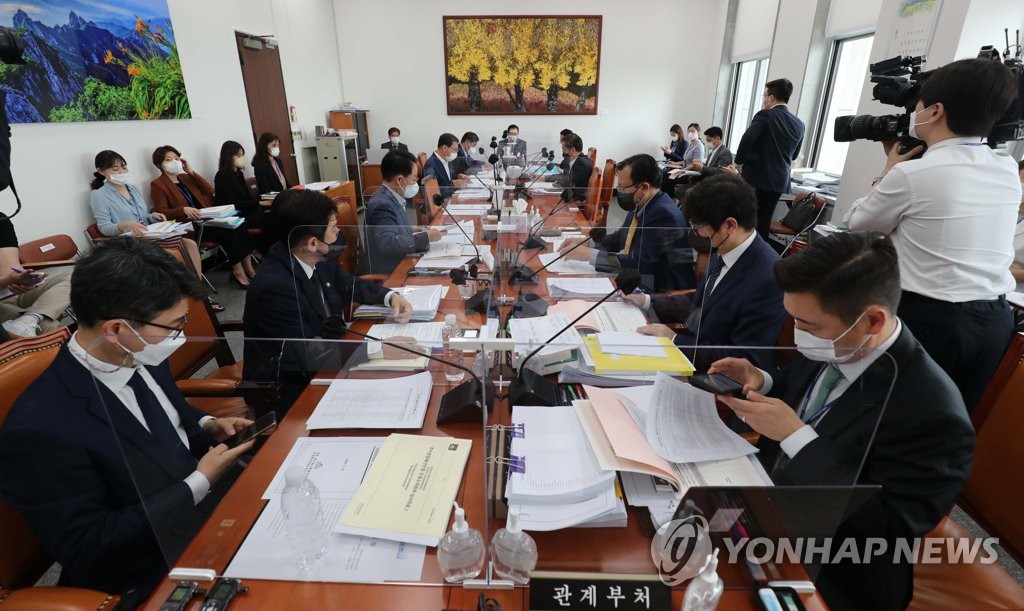