WASHINGTON, May 25 (Yonhap) -- The United States called on the international community on Wednesday to condemn North Korea's latest missile launches and to implement all U.N. Security Council sanctions on the recalcitrant state.

State Department Press Secretary Ned Price made the call in a briefing, calling the North Korean missile launches a threat to the region and to the entire world.

"We know that the DPRK's ongoing provocations pose a threat to the region, pose a threat to all of us," the spokesperson said, referring to North Korea by its official name, the Democratic People's Republic of Korea. 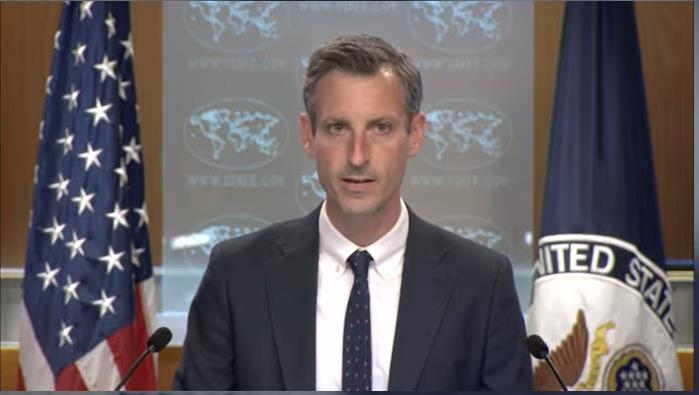 The call to hold North Korea accountable also come amid speculations that Pyongyang may soon conduct a nuclear test to up the ante in its ongoing saber-rattling.

"We call on the DPRK to refrain from further provocation and to engage in sustained dialogue. Our commitment to the defense of the ROK and to Japan is ironclad," he told the press briefing.