SEOUL, May 26 (Yonhap) -- South Korea's central bank hiked its key policy rate by a quarter percentage point Thursday as it strives to rein in inflation running high amid soaring oil and commodity prices driven up by global supply chain disruptions and the ongoing war in Ukraine.

As widely expected, the monetary policy board of the Bank of Korea (BOK) voted to increase the benchmark seven-day repo rate to 1.75 percent at a rate-setting meeting held early in the day, according to the central bank.

This marked the third rate hike this year after 0.25 percentage-point increases in both January and April.

It also represented the fifth rise since August last year when the central bank began rolling back its easy monetary policy put in place for about two years to bolster the pandemic-affected economy.

The latest rate hike came as the country is grappling with high-rise inflation pushed up by soaring oil, energy and other major commodity prices amid the protracted Russia-Ukraine war that has exacerbated the global supply chain disruptions.

The BOK has also been under pressure to raise its rate as the U.S. Federal Reserve hiked its interest rate by a "big-step" 0.5 percentage point early this month to the 0.75-1 percent range and hinted at further increases down the road as part of monetary policy tightening to tame runaway inflation.

The Fed's hawkish monetary policy stance has spawned worries here that the spread in borrowing costs between the two countries could reverse in the months to come and spark a massive capital outflow from South Korea and further weaken the local currency against the dollar. 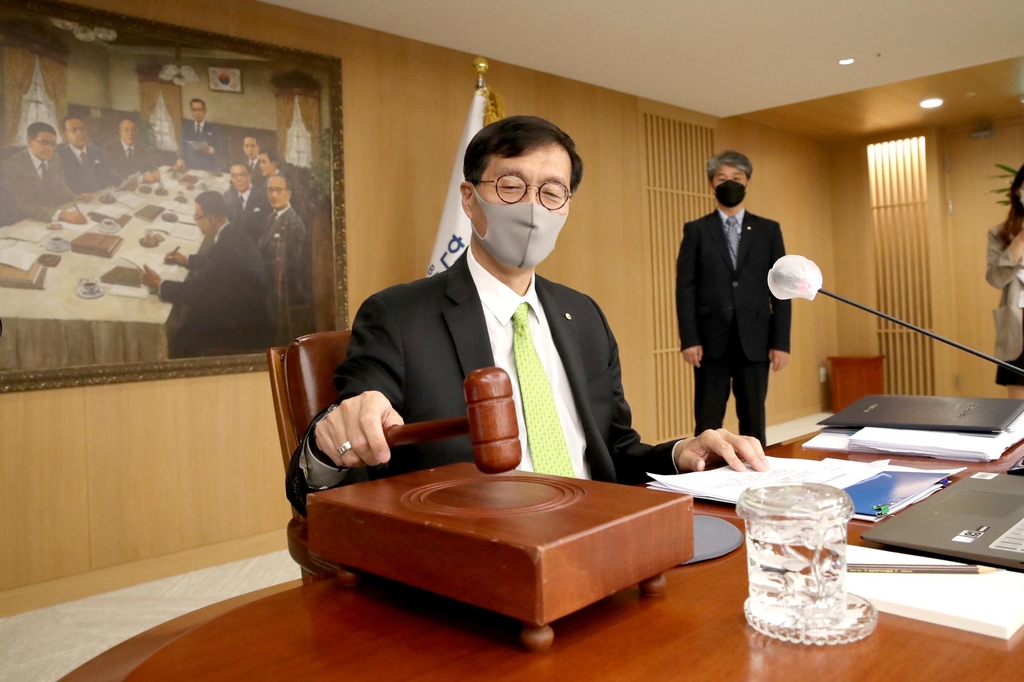