SEOUL, May 26 (Yonhap) -- The defending champions Jeonnam Dragons have been sent home early from the top national football tournament.

Busan Transportation Corp., a third-tier semi-pro club playing out of the K3 League, stunned the K League 2's Jeonnam 5-4 in a penalty shootout in their round of 16 match at the FA Cup on Wednesday night. 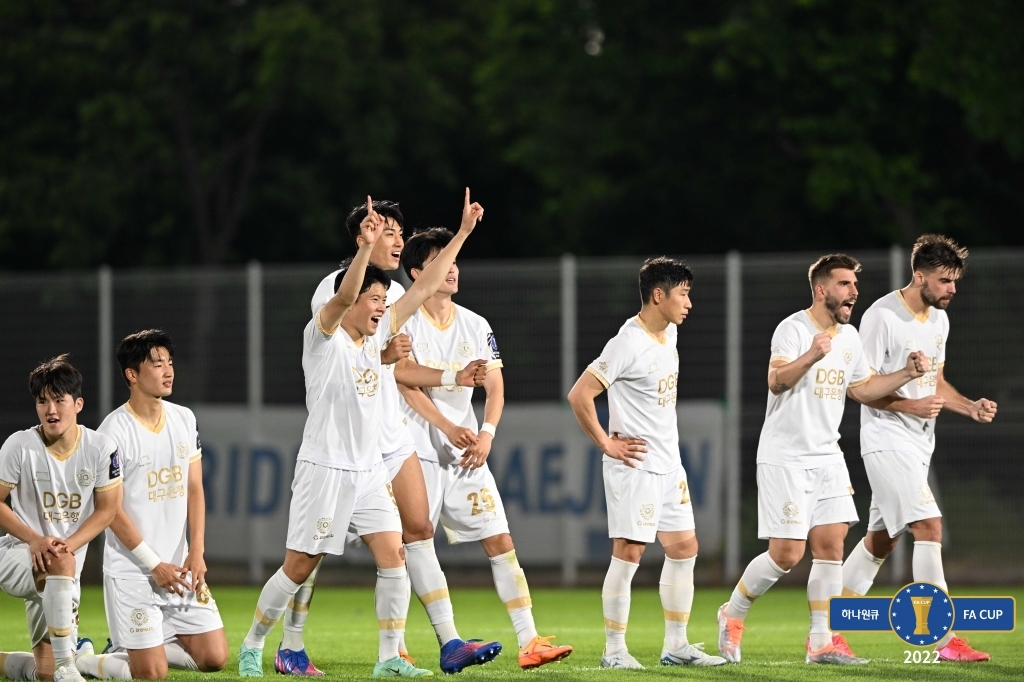 Busan exacted revenge on Jeonnam after falling to the same club on penalties in the round of 16 a year ago.

Jeonnam then went on to become the first second division club to win the FA Cup, a tournament that brings together professional, semi-pro and college teams from across the nation. But Jeonnam's title defense couldn't get past the fourth round. No team has won back-to-back FA Cups since Suwon Samsung Bluewings in 2009-2010.

The runners-up from last year, Daegu FC of the K League 1, eked past Daejeon Korail, another K3 League side, 5-4 on penalties. 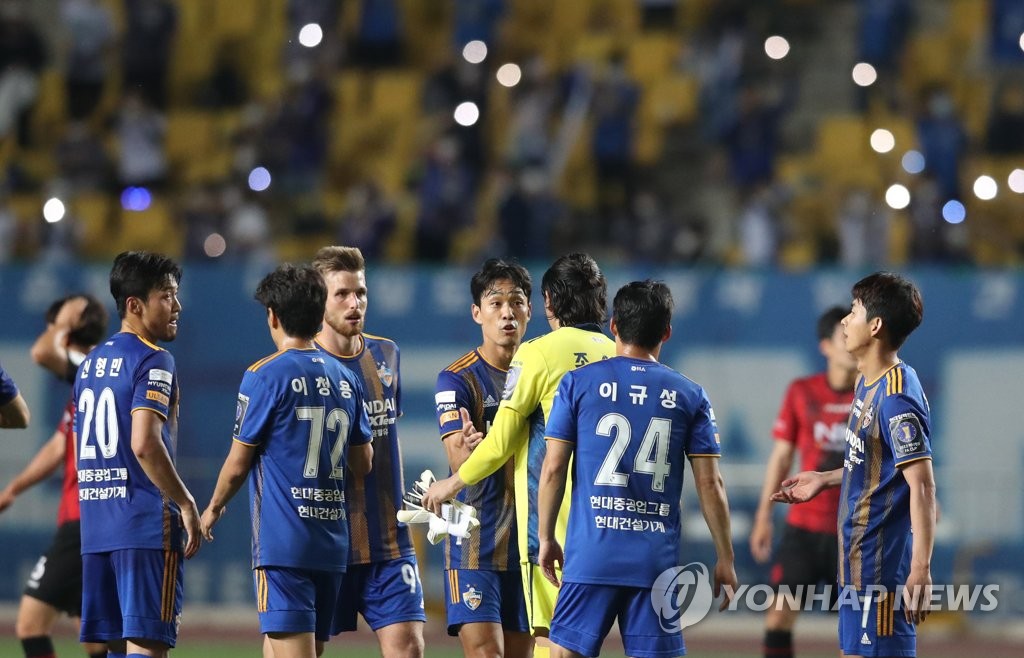 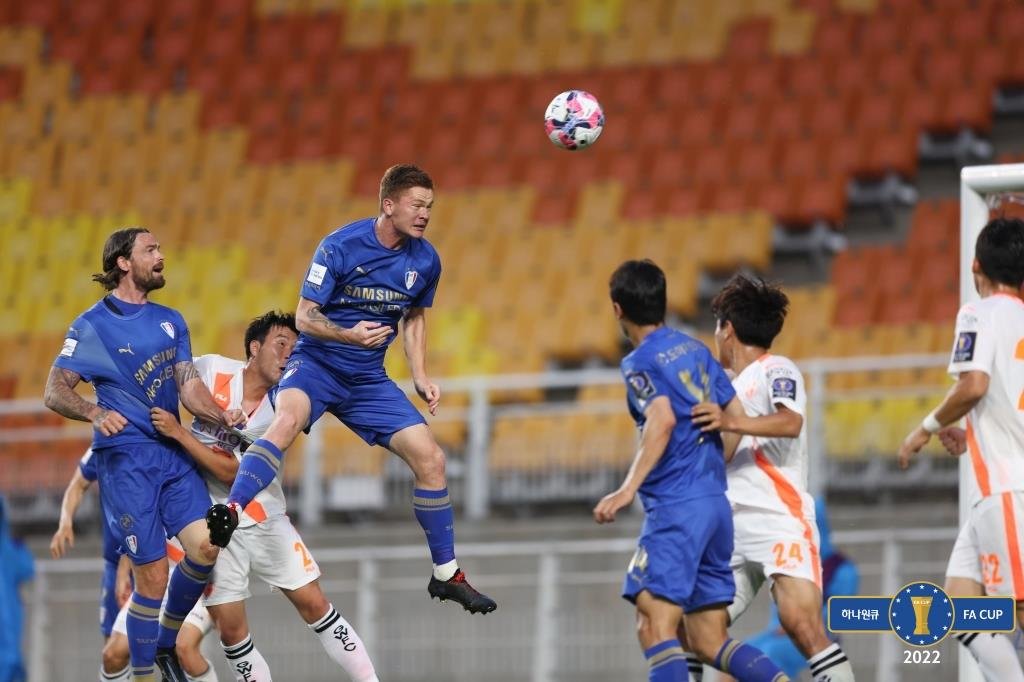 All four quarterfinal matches will kick off at 7 p.m. on June 29. It will be Jeonbuk vs. Suwon, Daegu FC vs. Pohang, Ulsan Hyundai FC vs. Bucheon and Busan Transportation Corp. vs. FC Seoul. 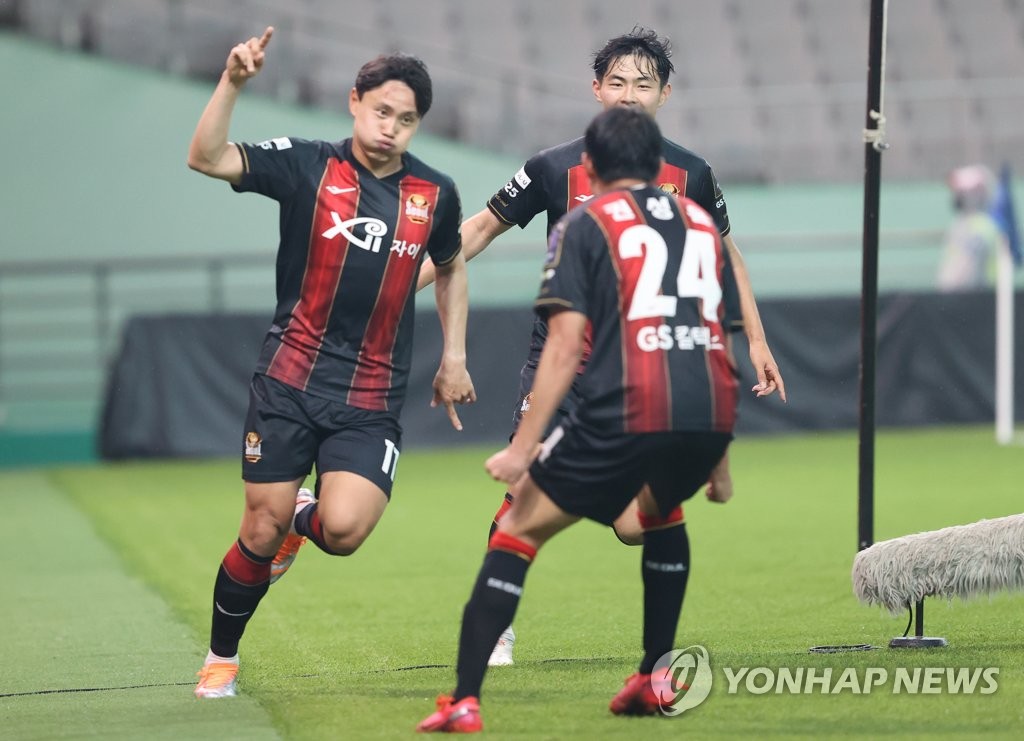