SEOUL, May 26 (Yonhap) -- President Yoon Suk-yeol on Thursday presided over his first regular Cabinet session in the administrative city of Sejong, calling on ministers to make efforts for balanced regional development.

"All of our people, regardless of which region they live in, should have a fair opportunity. This is the value of fairness that the new government is aiming for," Yoon told the meeting in Sejong, about 130 kilometers south of Seoul.

Yoon urged Cabinet members to "work with a vision and an insight for balanced development."

Yoon said he plans to frequently hold Cabinet meetings in Sejong during his term. 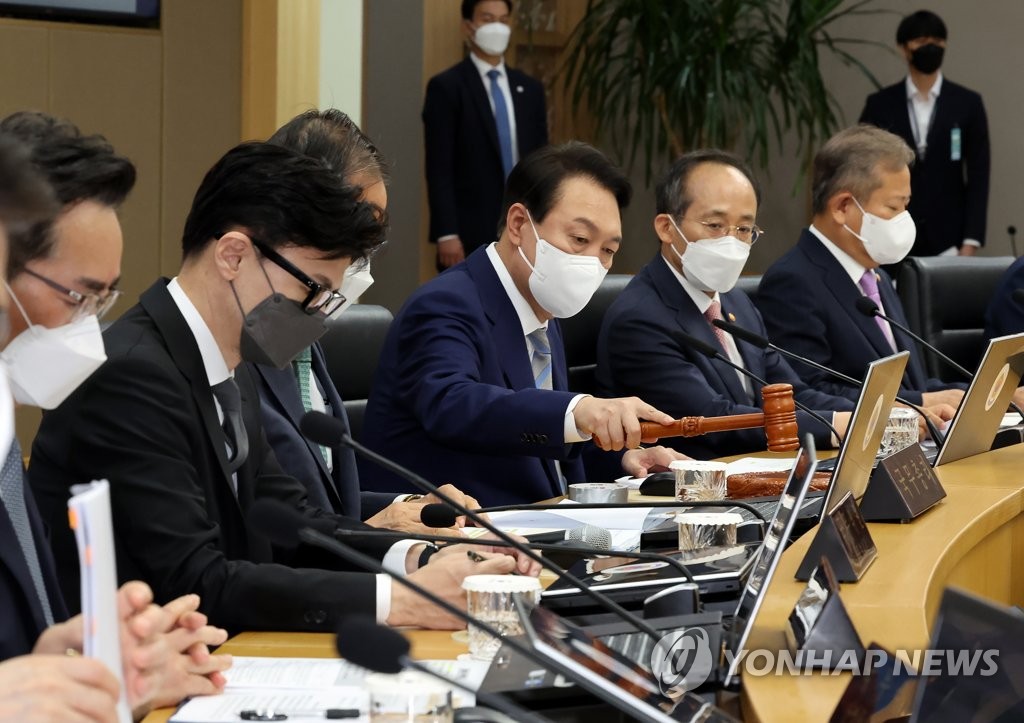 Since 2012, 36 government ministries and agencies have moved to Sejong under the government's plans to promote balanced regional development. Last year, the National Assembly passed a bill to relocate parts of its functions to the city.

Ahead of the Cabinet meeting, Yoon awarded certificates of appointment to ministers, including Foreign Minister Park Jin and Finance Minister Choo Kyung-ho.

The Cabinet passed a proposal to establish a new presidential committee on national unity, the first presidential panel of the Yoon administration.

The advisory body is an outgrowth of the special committee on national unity under Yoon's presidential transition team, headed by Kim Han-gil, former head of the main opposition Democratic Party.

Kim has been named to lead the new organization.

Yoon called on all ministries to actively cooperate with the new committee to help achieve national unity.