SEOUL, May 26 (Yonhap) -- The prices of diesel and gasoline in South Korea both climbed to over 2,000 won (US$1.58) per liter on Thursday on a continued tight global supply, industry data showed.

The average retail price of diesel fuel had risen 0.88 won to 2,003.56 won per liter as of 2:30 p.m., according to Opinet, a website operated by the state-run Korea National Oil Corp.

The diesel price has hovered in the 2,000 won range since it surpassed that level for the first time Tuesday, about two weeks after it outstripped the gasoline price for the first time in 14 years. In South Korea, diesel is normally cheaper than gasoline.

The average gas price had also bounced back to 2,001.01 won per liter as of the same time Thursday, up 2.42 won from the previous day.

The gasoline price hit the 2,000 won level on March 15 for the first time in more than nine years. It fell below that level in April before bouncing back again.

"International crude prices continue to fluctuate, and unless the supply-demand conditions improve, the price hike will likely continue for some time," an official at the Korea Petroleum Association said.

The consumption of gasoline and diesel also sank 18.3 percent to a combined 17.4 million barrels in April from a year earlier due to high international crude prices, according to the data from the state-run Korea National Oil Corp.

Last week, the finance ministry said it plans to provide more subsidies to help ease the burden on cargo truck and taxi drivers suffering from the rising fuel costs. 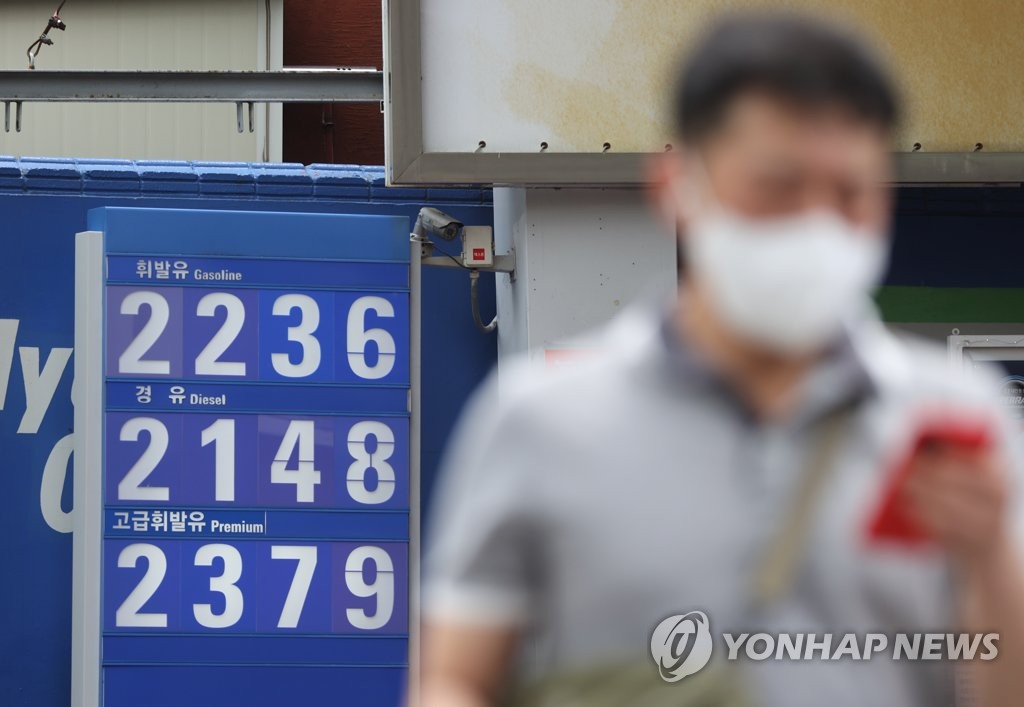