SEOUL, May 26 (Yonhap) -- The Constitutional Court ruled Thursday that a law calling for aggravated punishment against repeated offenses of drunk driving or refusing field sobriety testing is unconstitutional.

The nine-justice panel made the ruling in a 7-2 vote to a clause of the country's revised Road Traffic Act, dubbed the Yoon Chang-ho act, named after a victim of a high-profile DUI case. A vote of two-thirds is required to reverse a ruling.

The controversial law, revised in 2020, has lost its validity following the ruling.

The court ruled that aggravated punishment for multiple violations is excessive, saying it is too much to label a repeat drunk driving offender when the interval between the two offenses is considerably long.

Last year, the Constitutional Court made a similar ruling and delivered a non-constitutional decision against another clause of the Road Traffic Act. 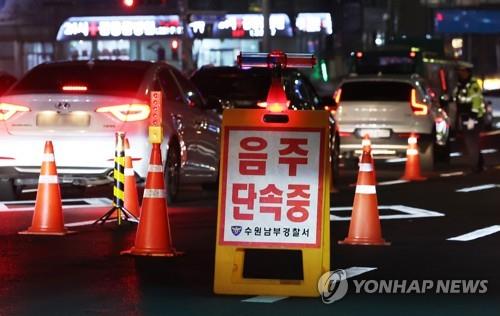