SEOUL, May 26 (Yonhap) -- Rhee Keun, a South Korean volunteer fighter who was injured in Ukraine, is returning home for rehabilitation, sources said Thursday.

They said the Navy SEAL-turned-YouTuber will leave Warsaw on Thursday evening (Korean time) and arrive at Incheon International Airport on Friday morning.

Rhee traveled to Ukraine in March to fight against invading Russian forces. He was recently injured during combat in the town of Irpin, outside Kyiv. 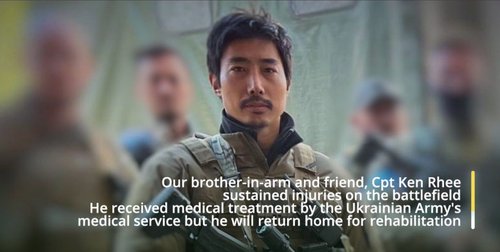 He is likely to be detained on arrival as South Korea has banned its nationals from traveling to Ukraine since mid-February. Those who enter the country without approval can face up to a year in prison or a maximum fine of 10 million won (US$7,908).

The government has filed a complaint against Rhee on violation of the passport law.