WASHINGTON, May 26 (Yonhap) -- The U.N. Security Council (UNSC) on Thursday failed to pass a resolution to impose additional sanctions on North Korea for its recent missile tests due to opposition by China.

"With the adoption of this resolution, we can send a message to all proliferators that we will not stand for their actions that seek to undermine international peace and security," U.S. Ambassador to the U.N. Linda Thomas-Greenfield said, urging all council members to vote in favor of the resolution.

Thirteen members of the 15-member council voted in favor of the U.S.-proposed resolution.

China and Russia, both veto power-wielding permanent members of the council and close allies of North Korea, voted against the resolution, effectively blocking its passage. 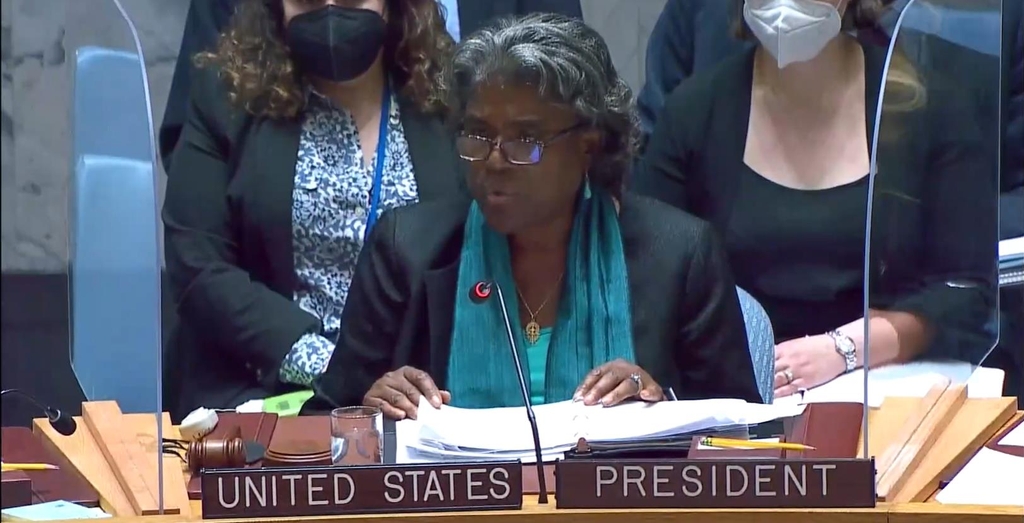 Washington proposed the new sanctions resolution after North Korea staged 16 rounds of missile launches since the start of the year.

"We do not think additional sanctions will be helpful in responding to the current situation," he told reporters in New York earlier in the day, according to an AP report.

Thomas-Greenfield earlier said China and Russia, both veto power-wielding permanent members of the Security Council and close allies of North Korea, have blocked "every attempt to enforce and to update DPRK sanctions" over the past four years, allowing the recalcitrant country to continue its "unlawful" activities.

"These countries' attempt to defend the DPRK should not go unnoticed by this council or the world," Thomas-Greenfield has said.