More than 100,460 people showed symptoms of fever and one death was reported over a 24-hour period until 6 p.m. the previous day, the official Korean Central News Agency (KCNA) said, citing data from the state emergency epidemic prevention headquarters.

The total number of fever cases since late April came to more than 3.27 million as of 6 p.m. Thursday, of which more than 3.03 million have recovered and at least 233,090 are being treated, it added. The death toll stood at 69.

The daily fever tally has been on a downward trend after peaking at over 392,920 on May 15. 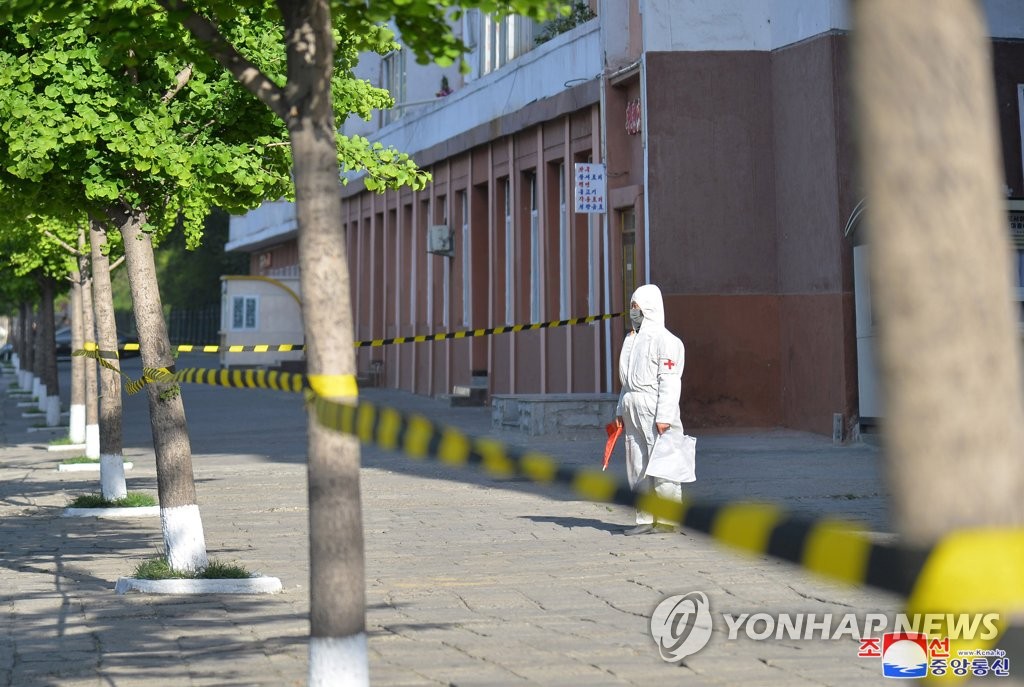 The Rodong Sinmun, the North's main newspaper, carried an article describing what it claims to be progress in antivirus efforts as a "remarkable reality."

"In the early stages when the malignant virus spread, our country's anti-virus situation was truly harsh," it said, citing hundreds of thousands of people with fever symptoms and "not a small number" of deaths.

But it noted that the nationwide spread of the virus has been "gradually suppressed" and a "stable trend" has been maintained throughout the country after it implemented the "maximum emergency" virus control system.

On May 12, North Korea disclosed its first COVID-19 case.