SEOUL, May 27 (Yonhap) -- President Yoon Suk-yeol defended the proposed creation of a personnel vetting unit under the justice ministry Friday, saying it isn't the job of the presidential office to dig up information on people.

The proposed unit will be responsible for vetting potential candidates for senior government jobs in the Cabinet and elsewhere.

The main opposition Democratic Party has protested the move will give excessive power to the justice ministry, especially after Yoon appointed his confidant, Han Dong-hoon, as justice minister.

"The presidential secretaries' office should focus on policy. For digging up irregularities and information on a certain person, they shouldn't be doing that," Yoon told reporters as he arrived for work.

"That's why I said I would get rid of the office of the senior presidential secretary for civil affairs," he said, referring to his campaign pledge to abolish the office previously responsible for vetting personnel.

Yoon went on to say the United States operates a similar system.

In the U.S., the Federal Bureau of Investigation, which is under the Justice Department, conducts the initial vetting process and reports its findings to the White House.

"The presidential secretaries' office should not be directly involved in collecting information, but receive it," Yoon said. "Only then can we be objective." 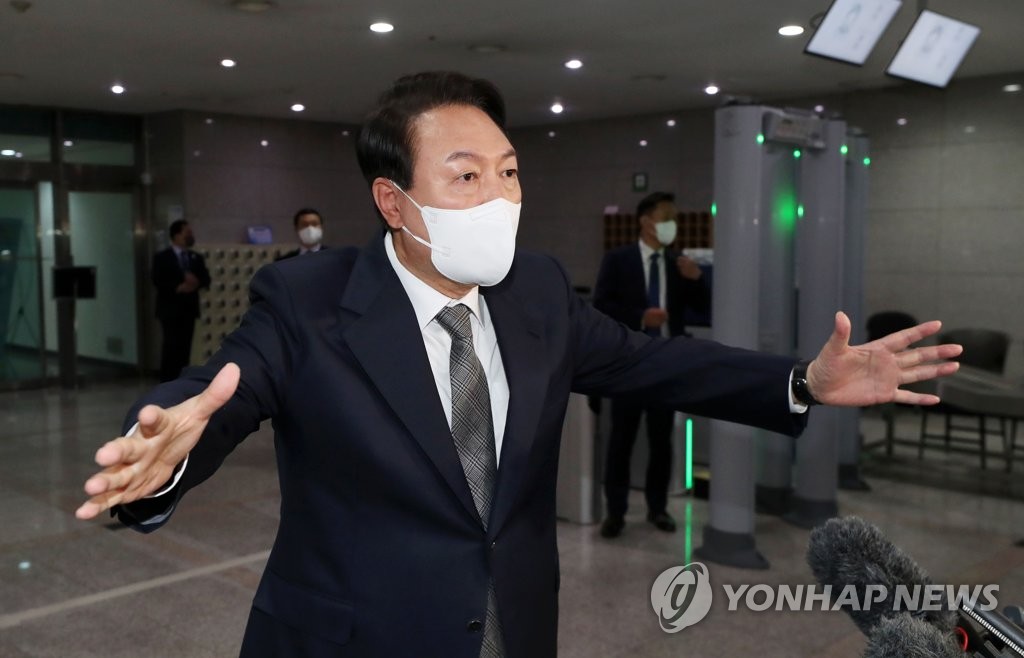