SEOUL, May 27 (Yonhap) -- Ryu Hyun-jin of the Toronto Blue Jays has earned his second straight victory, beating the Los Angeles Angels on the road and getting the better of their two-way superstar Shohei Ohtani in the process.

Ryu held the Angels to two runs on six hits in five innings at Angel Stadium in Anaheim, California, on Thursday (local time), as the Jays opened the four-game series with a 6-3 win.

Ryu struck out just one batter, and it came against Ohtani to end the bottom of the fifth. 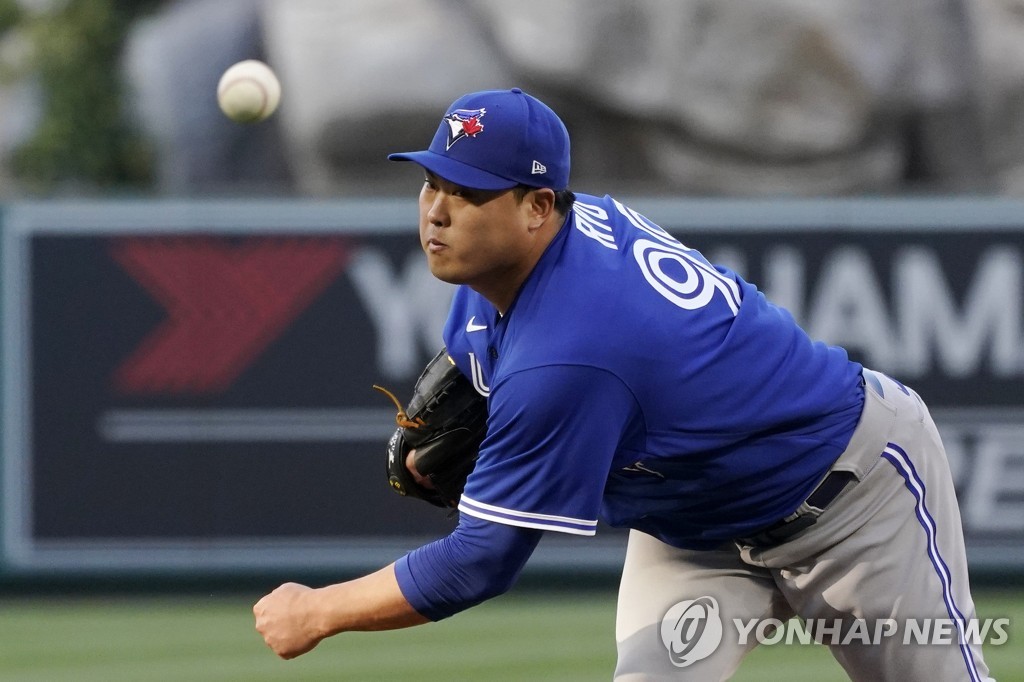 Ryu improved to 2-0 and lowered his ERA from 6.00 to 5.48. In three starts since returning from a monthlong stint on the injured list with left forearm inflammation, Ryu has held opponents to three earned runs in 15 2/3 innings, for a 1.72 ERA.

Ohtani, the pitcher, allowed five runs on six hits, including two home runs in six innings, as he fell to 3-3 with a 3.45 ERA.

This was Ryu's fifth start of the season and his toughest challenge to date. The Angels came into this game leading the AL in the on-base plus slugging percentage with .742 and ranked second in the league with 214 runs, 371 hits and 60 home runs.

But the Blue Jays struck first, as George Springer led off the game with a home run to center field off Ohtani.

Ryu then pitched around a mini jam in the bottom first. With two runners aboard after a single and a walk, Ryu got cleanup Anthony Rendon to ground out to a 4-3 double play. Second baseman Santiago Espinal, standing right behind the second base bag in a shift, was perfectly positioned to field what could have been an RBI single up the middle to start the inning-ending twin killing. 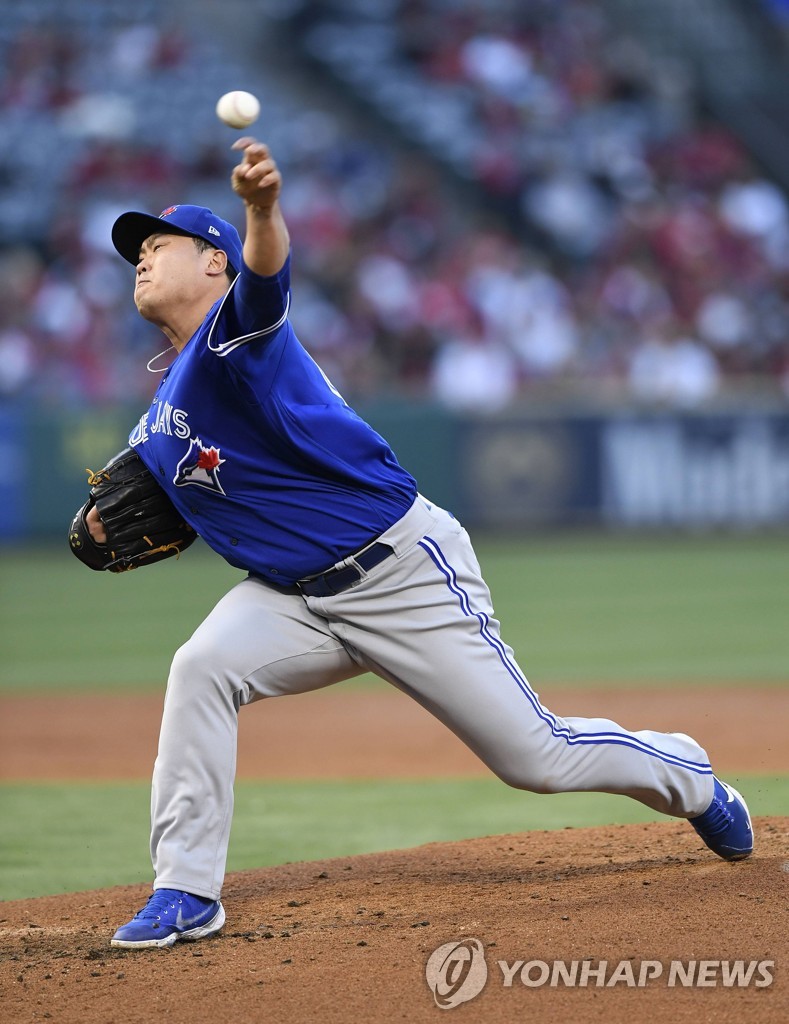 Ryu retired the side in order on eight pitches in the bottom second, though there were a couple of loud outs.

Matt Duffy smoked a liner to left, and it was tracked down by left fielder Lourdes Gurriel Jr. for the first out of the inning. The ball had an exit velocity of 105.3 miles per hour, 0.6 mph harder than Springer's first-inning homer.

With two outs, Juan Lagares hit a flyball to deep left, and Gurriel caught it on the warning track.

The Blue Jays jumped out to a 4-0 lead in the top third, thanks to a single by Santiago Espinal and a two-run double by Bo Bichette.

Ryu gave a couple of runs back in the bottom third, though. He allowed three consecutive singles to begin that inning, the last of which was an RBI hit by Luis Rengifo.

Two batters later, Ohtani helped himself with an RBI forceout that cut the deficit in half at 4-2.

Ryu avoided further damage as Rendon flied out to deep left field to end the rally.

The left-hander kept the Angels off the board in the fourth inning despite giving up two singles. 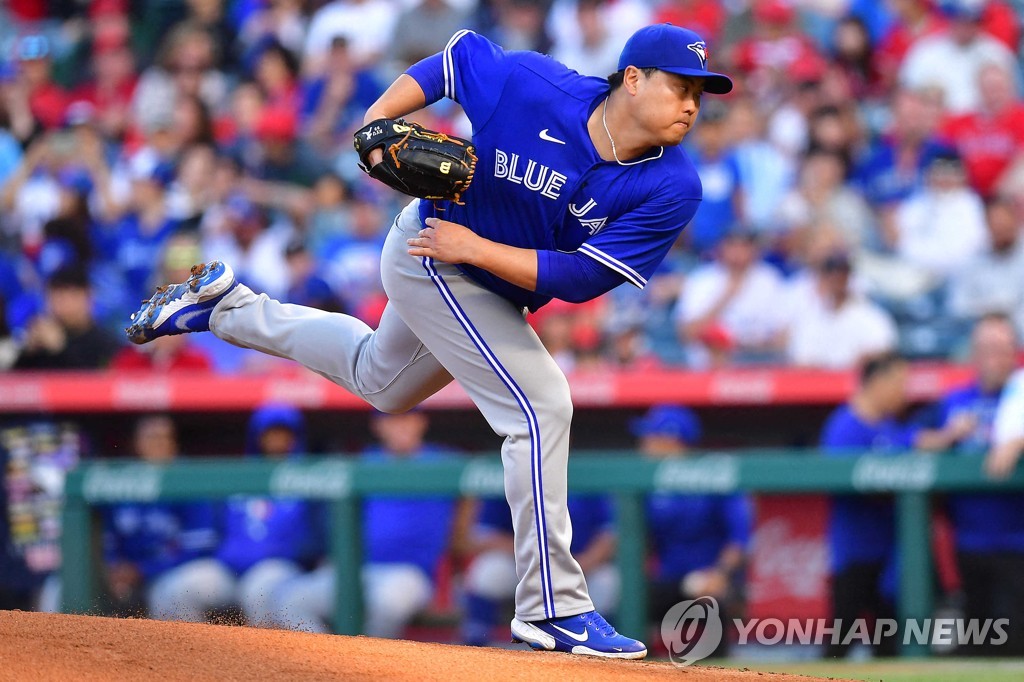 Ryu then had his second three-up, three-down inning in the fifth against the top of the Angels' order.

He extended his dominance against the otherworldly Mike Trout, who popped out to first base for the second out of the fifth as part of his 0-for-3 day against the South Korean pitcher. Ryu has now held Trout to a 0-for-13.

Ryu then struck out Ohtani, who fanned on a 2-2 changeup. It turned out to be Ryu's final batter of the day, though he only threw 65 pitches.

Vladimir Guerrero Jr., the runner-up to Ohtani in last year's MVP voting, led off the sixth with a towering solo shot off the left field foul pole that gave the Jays a 5-2 lead.

The Jays went to the bullpen in the sixth, and four relievers held the Angels to a run on three hits over the final four innings.

Ryu's batterymate, Danny Jansen, extended Toronto's lead with a solo shot in the top ninth, while closer Jordan Romano gave up an unearned run in the bottom ninth.

Ryu, who had kept the Cincinnati Reds scoreless over six innings last Friday, didn't look particularly sharp in this one. Some of his misses were way off the plate. While some well-struck balls ended up as outs, a few softly-hit balls found holes all over the field.

Ryu generated just two whiffs on 27 swings, though he continued his recent trend by throwing four out of 10 curveballs for a strike.

He averaged 88.7 mph with his fastball, 1.1 mph slower than his season average. 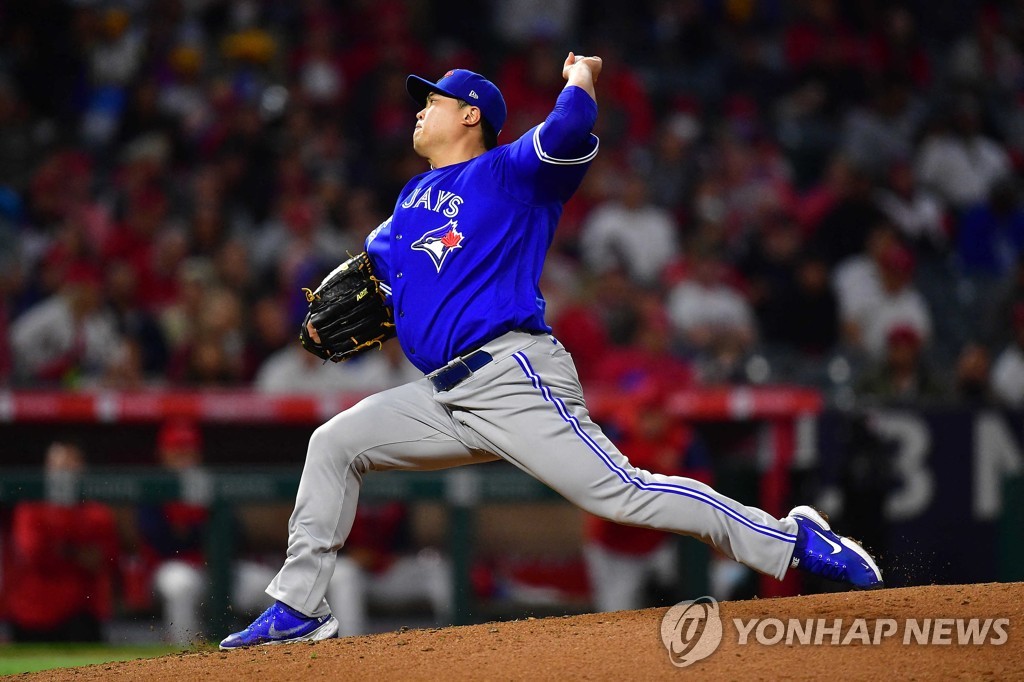